Is the West Disintegrating? 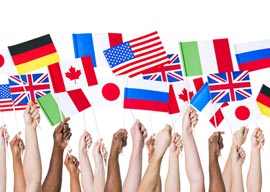 Then there is the surge of sub-nationalism, as in Scotland, Catalonia, Flanders, and Veneto, where peoples seek to disconnect from distant capitals that no longer speak for them, and reconnect with languages, traditions and cultures that give more meaning to their lives than the economics-uber-alles ideology of Frau Angela Merkel.

Moreover, the migrants entering Europe, predominantly Islamic and Third World, are not assimilating as did the European and largely Christian immigrants to America of a century ago.

The enclaves of Asians in Britain, Africans and Arabs around Paris, and Turks in and around Berlin seem to be British, French and German in name only. And some of their children are now heeding the call to jihad against the Crusaders invading Muslim lands.

The movement toward deeper European integration appears to have halted, and gone into reverse, as the EU seems to be unraveling along ideological, national, tribal and historic lines.

If these trends continue, and they seem to have accelerated in 2015, the idea of a United States of Europe dies, and with it the EU.

And this raises a question about the most successful economic and political union in history—the USA.

How does an increasingly multiracial, multiethnic, multilingual, multicultural United States avoid the fate to which Europe appears to be headed, when there is no identifiable racial or ethnic majority here in 2042?

Are our own political and racial divisions disappearing, or do they, too, seem to be deepening?