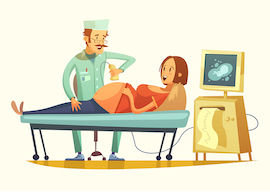 50. With another 50 or so wounded, many in critical condition, the final fatality count may rise.

That’s a lot of dead Muslims.

But at the risk of sounding intensely crass, there are a lot more where that came from.

Globally, the Muslim population swells by millions yearly. There are currently an estimated 1.6 billion Muslims on the planet. Within thirty years, their global population is predicted to match that of Christians. At an average of around three children per woman, Islamic females have the world’s highest fertility rate, and the population growth of Muslims worldwide is expected to double that of others in the coming years.

And nearly none of that increase is due to religious conversion, because most studies indicate that roughly the same number of Muslims leave the faith yearly as convert to it.

No, the worldwide Islamic population explosion is due almost exclusively to their high birthrates.

And this is precisely what accused shooter Brenton Tarrant said—“It’s the birthrates.” He apparently thought that sentiment was so important that he opened his 73-page manifesto The Great Replacement by repeating the phrase three times as if it were a religious mantra. According to police, Tarrant—a 28-year-old native Australian who describes himself as an “ordinary white man” from a “low income family” but whom associates described as a “buffed-up weirdo”—emailed the manifesto to several high-ranking Kiwi politicians and media outlets only nine minutes before he stormed into the first mosque and began shooting.

Let’s cut the fat and head straight for the meat:

If there is one thing I want you to remember from these writings, its [sic] that the birthrates must change. Even if we were to deport all Non-Europeans from our lands tomorrow, the European people would still be spiraling into decay and eventual death.

“The worldwide Islamic population explosion is due almost exclusively to their high birthrates.”

Every day we become fewer in number, we grow older,we [sic] grow weaker.

In the end we must return to replacement fertility levels, or it will kill us….

But despite this sub-replacement fertility rate, the population in the West is increasing, and rapidly.

How is this possible?

Mass immigration and the higher fertility rates of the immigrants themselves are causing this increase in population….

This is ethnic replacement.

This is cultural replacement.

This is racial replacement.

This is WHITE GENOCIDE.

Other points Tarrant raised over the 73 pages of his PDF:

• He became radicalized into violent action after observing three events—a 2017 Islamic truck attack in Sweden that killed five people, including an 11-year-old girl; the French election of globalist simp Emmanuel Macron over big-boobed nationalist Marine Le Pen; and personally witnessing how even small French towns had been colonized and taken over by Islamic “invaders.”

• He aimed to take “revenge” against Muslims in retaliation for their attacks on Europe over the past 1,300 years, their role in enslaving countless Europeans, and their modern terror attacks against the West.

• He supports Donald Trump as “a symbol of renewed white identity and common purpose” but not as a policy-maker.

• The nation with “the closest political and social values” to his is the People’s Republic of China.

• He calls himself a fascist—specifically an “eco-fascist” concerned with environmental preservation—and an admirer of British fascist Oswald Mosley. He makes sure to repeat the infamous 14 Words: “We must ensure the existence of our people, and a future for white children.”

• Along with finding value in other race-motivated shooters such as Dylann Roof, Tarrant says he drew inspiration from Norwegian mass murderer Anders Behring Breivik. As with Breivik, Tarrant encouraged violent action over mere words.

• He refers to “tolerance and empathy” as the “last virtues of a dying nation.”

• He says that violence is the ultimate arbiter of all political matters.

The entire document isn’t this grim, though. His manifesto is also peppered with goofy emblems of meme culture, including an obviously ironic reference that he drew his inspiration for violent action from boring neocon commentator Candace Owens; his reference to himself as a “kebab removalist”; and his cutting and pasting of famous internet tough-guy meme “What the fuck did you just say about me, you little bitch?”

During his alleged attack, Tarrant also encouraged viewers to subscribe to YouTube superstar PewDiePie; after the assault, he hopped into his car and blasted the 1968 song “Fire” by The Crazy World of Arthur Brown. And in his court appearance on Saturday, Tarrant flashed the “OK” sign that some have interpreted as a “white supremacist hand gesture.”

Tarrant also livestreamed 17 bone-chilling minutes of the massacre on Facebook. Tech giants are scrambling to remove every trace of the video that was apparently filmed from a helmet-mounted camera and which bears a queasy resemblance to a live-action video game as you watch him blast randomly at unsuspecting Kiwi mosque-goers.

When Omar Mateen murdered 49 people at an Orlando gay nightclub in 2016, the mainstream press resolutely ignored the fact that during the shooting, he dialed 911 and claimed he was doing it in Allah’s name; nope, they twisted the narrative and blamed it on Donald Trump and the white-male homophobia whose flames he allegedly stokes. For better or worse—from where I stand, it’s far, far worse—we are occupied by an academic/media complex which refuses to blame Muslims for anything.

Now, with Brenton Tarrant’s alleged death toll at one body higher than Mateen’s, and with Tarrant explicitly proclaiming that he did it to curb Muslim population growth and to frighten them all the way back to their ancestral homelands, you can bet your every last worthless Federal Reserve Note that for the next year at least, we will continue to be forcibly spoon-fed the notion that white-male terrorism is the big threat and that any time white males even notice that the reigning cultural climate is hostile toward white males, blood will inevitably be spilled, because white males are violent monsters and there’s absolutely nothing racist about that statement.

For the family and friends of those murdered in the attack, their pain is understandable. For Westerners who like to feel good about themselves by making public displays of empathy for Muslims who in all likelihood hate their guts, this is a golden opportunity to bask in masochistic righteousness.

But if you understand the birthrates, 50 Muslims is statistically insignificant. As cold as that sounds, it’s a fact.