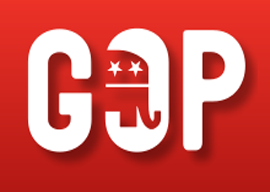 I have never voted for a Republican Party candidate despite being a registered member of the GOP. The first time I voted for an American president was in 1996, and I marched down to Hunter College on 68th Street and Lexington Avenue to cast my ballot. For two years I had been a proud and eager Republican and now that I was old enough to vote, I couldn”t wait to exercise my power as an American citizen.

My enthusiasm was short-lived. I remember standing in the voting booth unable to punch the Bob Dole hole. Dole was a fossil, and he said nothing to me on most levels. Clinton wasn”t so bad in retrospect, but I couldn”t bring myself to vote for his thumbs, and that’s about all I remember about him pre-Monica Lewinsky. I voted instead for Harry Browne, whom I knew nothing about, but at least he represented a preferable ideology to the one the Republicans were selling. Plus he was a born-and-raised New Yorker. New Yorkers can sniff each other out in a crowd; it was almost reason enough to vote for him.

The subsequent elections were similarly uninspiring. George W. Bush sounded too dumb to get behind. I don”t even remember what he was selling, but I didn”t much care for how he sold it. Dick Cheney, Karl Rove, et al. were frightening even then, before their bizarre backroom brotherhood became the stuff of conspiracy theorists.

“I have never voted for a Republican Party candidate despite being a registered member of the GOP.”

By the time John McCain came around in 2008 everything was different. 9/11 had happened. Back in the 90s McCain was someone I liked: a good guy, a politician one could get behind if ever there was one. But now he was aggressively championing war. I remember listening to him speak on the radio about the Middle East. My toes curled from the sound of his military bravado, which wasn”t so attractive in light of the debacles in Iraq and Afghanistan. He lost my vote on this factor alone.

And here we are again. This time it’s Mitt Romney who has done little to inspire my so-called Republican heart. On the issues, there is little overlap between Mitt and me. Despite his good looks, Romney has zero inspirational value and appears to be just another cog in the neoconservative wheel. Romney is another Bush (minus the dyslexia), and America needs a more articulate Dubya like it needs more welfare recipients.

This year will be different in that I won”t vote for Obama again (or for Paul in the primaries). I voted for Obama the first time”even though I didn”t trust him because he smokes butts off-camera”because he was bringing home the troops and because he is an accomplished person, notwithstanding his lack of political experience. Like most men and certainly all politicians, he turned out to be a liar. But I related to him on a philosophical level, despite our differing political viewpoints.

This year I”m going the way of P. J. O”Rourke by abstaining altogether. As he says, “It just encourages the bastards,” and they”re all bastards. What a sad state of affairs.

It makes me wonder: Am I a Republican after all? It stands to reason that perhaps I mislabeled myself back when I first registered. Why else haven”t I ever voted for one?