It’s So Funny, You Don”t Even Laugh 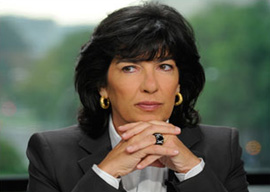 A depressing “dialogue” inevitably begins about whether or not the offending joke was funny. I’m troubled by such arguments because, well, I’m a weirdo. (I put up pictures of Gene Wilder in my locker and sent Johnny Carson a birthday card when I was eight.) But it’s also because I live in a country where the government can team up with two drunken lesbians to ruin a comic’s life. The fact that some people even debated whether or not this action was right or wrong was distressing enough.

That the debate often centered on whether or not the comic in question, Guy Earle, was funny”and therefore deserved support”was worse. More self-described comedians than you’d think strenuously insisted that he didn’t, that Earle was that second-worst of creatures, a “hack.” (In the stand-up lexicon, the only worse insult is “joke thief.”)

In Soviet Canuckistan, court jesters side with court!

More of those fearless, speak-truth-to-power “artists,” I guess.

We can’t rely on some immeasurable standard of “funniness” to determine whom or what to censure. Humor is arguably more subjective than beauty, although that hasn’t prevented the likes of Freud from putting comedy (and his readers) to sleep for some exploratory surgery.

(The funniest thing about The Joke and Its Relationship to the Unconscious is the title; if it hadn’t existed, Woody Allen would’ve felt obliged to invent it.)

Even comedians can’t resist: Put two comics together, and after five minutes scoffing at blowhardisms such as “Comedy is tragedy plus time,” they’ll spend the next hour expounding on their own Grand (or Not So Grand) Unified Theories of Humor.

As I’ve complained about here before, bike-helmeted, nut-allergic, low-IQ Americans increasingly demand that stand-up comedians be responsible and sensitive, “fair and balanced,” as if they were journalists instead of jokers.

But because a comedian acting as a journalist has become a respectable one-man institution, now we have journalists trying to be comedians.

They’re awful at it, but when smacked down, they employ the same “I was only kidding/You’re too stupid to ‘get’ it/Bite me” excuses they castigate comedians for employing.

None of this should surprise anyone. Contrary to what they tell you (and tell you and tell you), progressives don’t have principles. Rather, they have faddish opinions that are highly unstable and often contradictory.

When confronted with evidence of said shallow hypocrisy (Al Gore, pick up the white courtesy phone…), they respond with less entertaining variations on Ring Lardner’s “Shut up, he explained.” (That line was taken from a short story they’d no doubt condemn as offensive if they bothered to read it.)

Or else they say nothing at all. MSNBC didn”t issue an apology to white people for making them the butt of jokes last week.

Leftists feel obliged to rebrand themselves every generation or so. They”ve tried out “liberal” and “progressive” already. While it’s unwieldy, might I suggest calling them the “It’s-Different-When-We-Do-Its”?

At least that has the advantage of pinpoint accuracy.