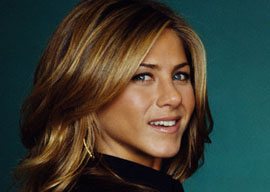 Stop the presses (or the “publish” button online). Jennifer Aniston says she never liked the “Rachel” hairstyle that took salons by storm well over a decade ago. In a new cover story with Allure, Jen says while she loves the hairstylist responsible for her shaggy “do, “it was the ugliest haircut I”ve ever seen.” Apparently she forgot about Monica’s bangs and Joey’s pre-Bieber bowl cut.

Ricky Gervais is on Hollywood’s naughty list this week after his scathing performance at the Golden Globes. Even a top executive for the Hollywood Foreign Press said the Office star “crossed a line” with his Scientology and Robert Downey Jr. in rehab jokes. But anytime a host treats the A-listers with kid gloves, they”ve gone too soft and are kowtowing to stars? Gervais was damned if he did, damned if he didn”t”and at least gave the crowd something to talk about. The rest of the show was a bore.

At least the Globes parties seemed like a good time. Ron Burkle held a bash with Demi and Ashton, Leonardo DiCaprio and more, and Edward Norton and the rest of the group went to Demi’s place for a late-night card game. Jeff Bridges and Mark Wahlberg hung out at the Chateau Marmont and Sony’s Amy Pascal feted The Social Network‘s success at her home. Finally, one night when tech nerds could live in harmony with someone outside their social structure….except, wait, everyone who attended were all actors, anyway.

The love between a Barbie doll and a comedian could never last. Mad Men‘s January Jones and SNL‘s Jason Sudeikis have reportedly ended their six-month romance because of the distance. He’s not wasting any time getting back in the saddle, however, and chatted up Heather Graham at a recent Golden Globes party. 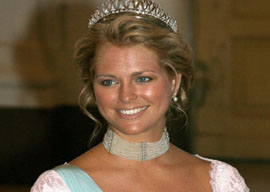 And some good news to impart for royal watchers. Princess Madeleine of Sweden has found love again after her disastrous engagement to Jonas Bergstrom last April. She’s dating financial adviser Christopher O”Neill in New York, where she mended her broken heart. The new couple was spotted in Central Park by a Spanish tourist and has also been seen around O”Neill’s apartment in the East Village. Best wishes to the happy couple.

Ivanka Trump dropped a bomb on Friday afternoon. She’s pregnant! She took to Twitter to announce the news: “I have been wanting to share some amazing news with you all for some time… I’m pregnant!” Jared Kushner and Ivanka married in 2009. Mazel tov.