John Edwards” Fauxposal and Betty White’s Tired of Your Attention 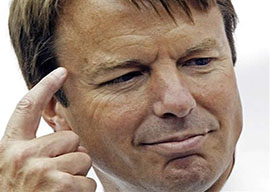 The world let out a collective gasp yesterday after news broke that John Edwards proposed to Rielle Hunter less than a month after his wife Elizabeth’s death. The latest chapter in their years long affair hardly seemed a surprise, but it seems the outrage was a little premature. An Edwards family spokeswoman says the National Enquirer report is untrue and there’s no wedding on the horizon. That’s not to say 2011 won”t be the year wedding bells ring for the disgraced presidential candidate.

Piers Morgan is getting antsy about taking over Larry King’s hot seat later this month. But who better to open his new show than the Queen of Talk herself. Morgan confirmed that Oprah will be his first guest. Yes, Oprah, the most rare and elusive of creatures who can now be seen 24 hours a day on her new network OWN, and who’s given interviews to nearly everyone on the planet. Morgan might do better to look outside the usual roster of showbiz folks”otherwise he might end up a poor man’s Larry King, minus the suspenders, plus a British accent.

At long last, the weeks long search is over. After Carine Roitfeld‘s slinking out of French Vogue, a successor has been crowned. Fashion director Emmanuelle Alt, who’s been at the magazine since 2001, will take the top spot and corner office on February 1.

Resident crazy on The Real Housewives of Beverly Hills Camille Grammer is making the talk show rounds to announce she’s quitting the show. “I wasn”t ready to expose my life in that way,” she told Ellen. She said her ex, Frasier‘s Kelsey Grammer, was the one who wanted her to sign on the dotted line. Now that they”ve split and he’s moved on with a much younger woman, she’s the one stuck fighting on TV every week. Not the greatest of career moves.

It’s official, we”ve done it. The world has scared off Betty White. The octogenarian might be cracking under the pressure of the past year, which saw her hosting SNL and becoming a cultural phenomenon decades after The Golden Girls left the air. “You’ve had such an overdose of me lately. I’m thinking of going away for a while,” she told charmed television critics this week. With a hit show (Hot in Cleveland), it’s unlikely she’s serious. 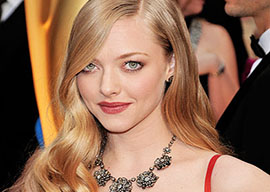 Reese Witherspoon is now happily engaged to CAA agent Jim Toth, but ex-husand Ryan Phillippe somehow still has “CHEATER” stamped on his forehead. Nevertheless, he’s on his third blonde girlfriend, now hanging out in Mexico with Amanda Seyfried, star of the upcoming Red Riding Hood. Seyfried recently broke up with former costar Dominic Cooper. The new couple was spotted “kissing all throughout dinner” at a hole-in-the-wall restaurant in Mexico.

Where art thou, Tiger Woods? Although making a tentative comeback on the green slightly helped his image, the golf star was still dropped from the cover of his upcoming videogame. It seems Electronic Arts didn”t want the promiscuous husband’s face to scare off prospective buyers from buying the game.

Black Swan star Mila Kunis and Macaulay Culkin announced through a rep earlier this week that their seven-year-long relationship was over some time ago, although the two remain close friends. Kunis” career is on the upswing and she”ll rebound shortly. Culkin is, once again, home alone.

A few days after we predicted John Mellencamp and Meg Ryan would soon debut their budding relationship, they”ve been spotted hopping around Manhattan, most recently dining at Balthazar. A source says Ryan “rested her head on his shoulder,” and “They looked so in love.” 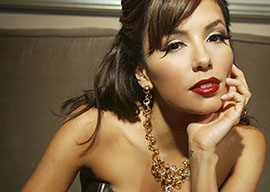 Wills and Kate don”t want servants for the first three years of their marriage, and they”re proving unconventional in their wedding plans, too. Kate Middleton will not take a carriage ride through London to her nuptials. She’s opting for a car instead. A historian says the switch was likely because of the royal wedding’s date”you can”t have an open carriage in London in April.

Let’s hope in the midst of all these wedding plans Kate isn”t forgetting about her outfits. She”ll have some competition for attention. Prince William and Prince Harry were deemed two of the best-dressed men in Britain by GQ. Harry came in at number five and he “looks good because he doesn”t really care.” William is way down the line at number 27. David Beckham also made the list, as did his eight-year-old son Romeo, now called “the celebrity of the future.”