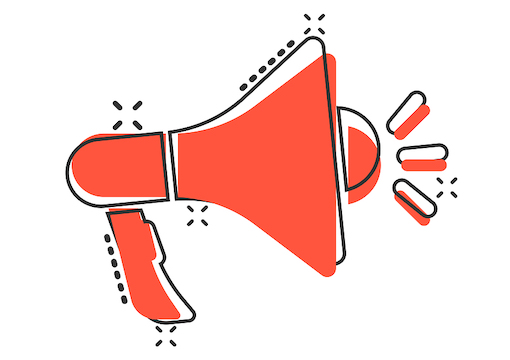 Montesquieu observed that every form of government has a unique principle that motivates the behavior of the people. Aristocracy relies upon honor, for example, while a republic relies upon virtue. The despot, of course, relies upon fear. Liberal democracy, which Montesquieu did not address, seems to rely on morality. It requires a civic religion to bind the people to one another and to their institutions.

The civic religion in the modern liberal democracy is rooted in the blank slate and an extreme form of egalitarianism. According to the moral orthodoxy of our day, humans come into this world as amorphous blobs that can be shaped into anything. This shaping happens from parents, obviously, but the parents’ conditioning is done by society through education, politics, metapolitics, and so on.

Since all people start as equal blobs, the differences in outcome that are clear to everyone must be the result of society. Blacks are in their condition due to racism, while whites are in their condition due to white privilege. Everyone is the product of society, so it is the primary duty of society to set those rules and conditions so that everyone has an equal chance to fulfill their potential. This is who we are.

This is why the most pious members of the American empire have been scandalized by the election of Donald Trump. His nationalism, as muted as it is, runs counter to the basic premise of the civic religion. If it is acceptable to put the interests of Americans ahead of others, it must mean a natural inequality exists. Since that is impossible, nationalism is a heresy and Trump is the great tempter.

The explosion of sexual identities is another useful example. The reason our betters demand we play along with this nonsense is that the faith requires it. If sex is biological, it means other differences in people are biological. If the inequality of man is natural, there is no remedy for it and the whole civic religion collapses. As a result, we are being forced to declare our pronouns and pretend a man in a dress is a woman.

“According to the moral orthodoxy of our day, humans come into this world as amorphous blobs that can be shaped into anything.”

The power of the civic religion cannot be underestimated. Pharmaceutical companies now use the phrase “gender assigned at birth” in their advertising. The people producing potions to cure the body know sex is biological. They also know that to acknowledge biological reality runs afoul of the prevailing orthodoxy, so they play along. They don’t think of it in those terms, but the result is the same.

Of course, to many people, maybe even most people, these sorts of things seem like madness, like the ruling class has gone insane. When a managerial-class type demands you use bizarre pronouns when addressing them, people assume it is a ridiculous fad and the person knows it. The truth is, the weird pronoun people really believe in what they are doing. They are the truest of true believers.

That is another curious feature of liberal democracy. It requires a blindness to its own nature in order to prosper. In modern America, for example, the left never speaks of a civic religion, even though they are the moral authorities. Instead, they speak about their platform as if it is rooted in the laws of the universe. The right, in contrast, rejects the notion that liberal democracy even exists. We’re a republic!

This lack of self-awareness is necessary, as it avoids confronting the fact that the people in charge of public morality do not think everyone is equal. After all, the very fact that they are in charge says everyone is not equal. Instead of facing that reality, we get something closer to a mystery cult, where no one knows where these moral principles come from, but they are assumed to be timeless truths.

Of course, forcing reality to comport with the civic religion is not easy. This story, for example, is what happens when reality must give way to belief. The claim is that the closing of the schools due to COVID will shorten the life span of children. The study’s authors start with the well-documented correlation between educational attainment and life expectancy to make this bold conclusion.

The trouble is, the causal agent for both educational attainment and life expectancy is intelligence, which is biological. Smart people go further in school, they are healthier, they make better decisions, and so on. The result is they tend to live longer than the stupid people. Since that’s forbidden knowledge in a liberal democracy, the authors end up with a magical relationship between school and life span.

The dispatching of middle-class street thugs to scream at white diners about their privilege is an example of the overcompensation. Years of lectures about race now just sound like noise to most people. White people have learned to tune it out so they can go on with their lives. The response from our moral betters is to turn up the volume by deploying gangs of hooligans with bullhorns into the suburbs.

The massive corruption that has erupted in the voting process is another example of this overcompensation. Everything of value gets faked or stolen, and this is true of all elections everywhere. Shenanigans have been a part of the American system since the beginning, but processes and procedures have been implemented over the years to limits the damage, so everyone can respect the result.

Desperate to regain their moral authority, by public affirmation, the ruling class appears to have encouraged and engaged in wholesale election fraud. The Trump side is claiming it all runs against them, but the degree of fraud is going beyond that claim and calling the whole process into question. We can no longer trust our elections, because we can no longer trust the word of the people in charge.

When an aristocratic system has failed, there is a period of anarchy, but then a popular system emerges. In the West this was republicanism, while in the East it was various forms of communism. When republics fail, we get a despot, promising to restore order, and when the despot fails, we get calls for the order of the republic. No one knows what happens when a liberal democracy fails.

The most likely results, given that the system is based on a shared moral code, a civic religion, is either a wholesale replacement of the moral authorities or a wholesale replacement of the moral code. Given that fanaticism is mankind’s greatest gift and there are no greater fanatics than those in the ruling class, the end will look more like a war of religion than a revolution.