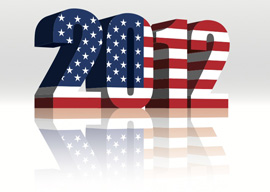 One hears scarcely a peep of protest at Obama’s withdrawal from Iraq and Afghanistan. Yet U.S. influence is sinking in Baghdad as a new civil war is stirring, and the Taliban’s return after the U.S. departure from Afghanistan seems a certainty. Where have all the uber-hawks gone?

The caws of Sen. John McCain and the neoconservatives for intervention in Syria and an ultimatum to Tehran to halt the enrichment of uranium or face a U.S. attack is echoed by some evangelicals. But foreign policy “realists,” libertarians and the anti-interventionist right, all of whom are urging us to stay out of any new war, seem more in tune with the times—and the country.

The GOP used to be united on a traditionalist view of social and moral issues. Now, not only the Log Cabin Club, but libertarians and some moderate Republicans are receptive to the idea of homosexual marriage. And the ticket of Romney-Ryan accepts abortion in the case of incest or rape.

Once the principled position is yielded, where do we draw the line? At what point does constant accommodation cause True Believers to depart?

Priebus said on MSNBC’s “Morning Joe” that Republicans will cut federal spending from 25 percent of gross domestic product, roughly where it is today, to 20 percent. But a cut of 5 percent of GDP translates into a budget reduction of $750 billion.

That is one-fifth of the entire U.S. budget.

While the Republicans would seek to achieve such a reduction over a period of years, such budget butchery is unheard of in modern times.

Where are the cuts to come from?

Social Security and Medicare are the largest social programs. But the beneficiaries of those middle-class entitlements are seniors and retirees, the big divisions of the Republican army. And Mitt has assured these folks he is not going to cut Medicare.

As for defense, Mitt says we need to spend more. And though the Rand Paul wing of the party is open to cuts in military spending, and some conservatives are ready to see bases closed abroad, this would cause a revolt among congressional hawks, neoconservatives, and executives and lobbyists of the military-industrial complex who show up at all those Washington fundraisers.

Mitt Romney and the Republicans have a shot at taking it all this year. But beyond, one sees only darkening skies for the Grand Old Party.