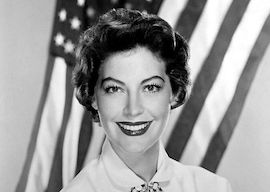 It is normal in the hyperbolic times we’re living in to call people iconic or legendary. Both “hyperbole” and “iconic” are Greek words, and they were coined in order to separate the normal from the legendary. The trouble is that today the word “legendary” is overused. Untalented performers, bandy-legged footballers, even silver-tongued crooked politicians are referred to as legends by flacks and PR enablers. Legends, of course, become monuments of our own magnificence. The first great and always enduring legend is none other than Homer, whose poetry lifts even the most devastating human events into the realm of the beautiful, and it shows us how vast and serene the mind can be even when it contemplates the horrors of war. Goethe called Homer the most “astonishing human being ever.”

But legends also have defects, and even Homer was thought to be blind. Napoleon was a bit too short and had a small penis—or so his marshals said who had seen him naked while washing after a battle and had laughed about it. The greatest musical genius ever, Mozart, was said to be a coprophiliac, but jealousy of his prodigious talents might have had a lot to do with that particular vicious rumor. Beethoven, also, was known for his terrible temper and dark moods, while poor Robert Schumann’s uxorious nature was said to have made him the butt of jokes among the mauvaises langues of the time.

Be that as it may, in my profession as a journalist, I have come across very few legends, and the ones I do consider legendary, it is because of momentary acts or reactions they had under stress, especially in battle. General Christian de Castries, defender of Dien Bien Phu, was the scion of a very old and aristocratic French military family. His ancestors had fought for Louis XV, Louis XVI, Napoleon, and so on. When General Navarre assigned him to the lost cause of defending Dien Bien Phu, de Castries named his outposts after his numerous mistresses. There were two Catherines, a couple of Elianes, and so on, but all eleven outpost bunkers were named after his women. Just before the surrender, Cogny, his superior, ringing from Hanoi, managed to connect de Castries to his wife in Paris. She sounded awfully cheerful, and de Castries asked her why: “Because for once I know where you’re going to be in the next few months,” came the answer. Christian de Castries, with whom I share a birthday, August 11, became a legend to me just for that fact alone.

“But legends also have defects, and even Homer was thought to be blind.”

The greatest German fighter pilot of World War II was also the handsomest man to ever fly, with the exception of Charles Lindbergh. Hauptmann Hans-Joachim Marseille was a virtuoso without equal. He built up his score of kills (158) in a very short time and against the RAF. He was a great womanizer and a very hard drinker who often fought aerial duels drunk. After his 100th victory he was flown back to Berlin, where Hermann Göring toasted him and asked him if he would now go for 200 victories. “You mean airplanes or women? Because I’ve passed that number where the latter is concerned,” said Marseille. He was killed bailing out of his JG 27 when he struck the tail and fell to his death. His plane had caught fire but not by the enemy. That, for me, is a legend.

Peter Arno was a man I met when he was old and I was young. He was a cartoonist from a patrician background, and a very handsome tough guy. His cartoons appeared in The New Yorker throughout the ’30s until the end of the ’60s. His drawings were constructed—I have many of them—of confident, swooping ink lines and bold washes, teasing the readers. They depicted the cat-and-mouse games between husbands and wives, husbands and lovers, crooked politicians, less-than-godly ministers, the common man, the cowardly man, the rich, the showgirl, the jaded prostitute, the sugar daddies, the wide-eyed college girls, and the clueless elders. His specialty was the high-society ladies and the high-society men indulging in guilty pleasures. And very rich old men tempting very young women with gifts. He was very tall, very handsome, and a fighter of renown in nightclubs and other such places. All the men he portrayed were always in white tie and tails or in smoking jackets, and their hands always held a glass of champagne. We had a legendary night at El Morocco when he was 61 and I was 20.

The Byron of our time, the first pop star before the term was invented, my all-time hero, was the literary legend Ernest Hemingway. Papa Hemingway wrote about the active life, the tranquil exhilaration of fishing, but also about the brutality of big-game hunting, bullfighting, and war. His masculine prose had the effect of the utmost subtlety. It was the hardest way to write because it seemed so easy and natural. Papa insisted on “no fat, no adjectives, no adverbs, no threadbare metaphors, clichés or literary conceits. Nothing but blood and bone and muscle.” Like Byron, Hemingway preferred to die “rather than drag on an existence with faculties impaired and feeling blunted.” I once saw him swaggering down Fifth Avenue and followed him into El Borracho, a restaurant my parents used to take me to on Madison and 54th Street. He was at the bar and I got my 15-year-old courage up and approached him. He bought me three whiskey sours and we talked about writing. I went back home and my mother saw me dead drunk. I was with Hemingway, I told her, and people with Papa drink. Three days later, on the front page of the Post, I read that the man I had drinks with was an imposter, posing as Papa. I never met the real one.

And now for a legendary woman, a lustrous beauty who could have easily caused the Trojan War and was a modern Helen of Troy, if a bit more promiscuous than the Spartan queen. The best way to describe her allure would be by quoting Raymond Chandler, the great detective writer: “She had the kind of sexual attraction that would make a bishop break through a stained glass cathedral window.” Her last husband, Frank Sinatra, whom she dropped, said that the trouble with Ava was she could drink him and any other man under the table. I met her once, in Spain, where Greece was playing Davis Cup. I went to a nightclub and was introduced to her. She asked me in Spanish, “Toreador?” “No, soy jugador de tennis,” said I. “Puto?” (Gay?) “No.” I then said to her in English: “Miss Gardner, I could have been somebody, a great tennis player, if I hadn’t seen you as Pandora and the Barefoot Contessa.” I then made a masturbatory gesture with my hand. She roared with laughter and asked me to sit down for a drink. When she had an affair with the greatest bullfighter ever, as well as the best-looking matador ever, Luis Miguel Dominguín, I wrote that it was the best-looking couple since Paris and Helen, but Luis and Ava were real. The legend died in 1990, aged 67 and an alcoholic three doors down from me in London.