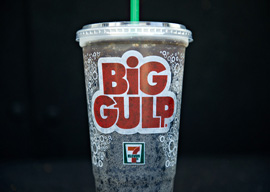 Perhaps most irritating about the soft drink-controversy is the way GOP journalists have piled on to condemn the “nanny state.” A Forbes columnist calls NYC “Nannyville.” George Will castigated Bloomberg for his proposed restriction. It would take several pages to list all of his Republican brothers and sisters who seem to be vying with each other to express the greatest outrage against Bloomberg’s meddlesome government.

Where were these journalists when it came to criticizing much bigger infringements on individual liberties? Why the relative silence regarding anti-discrimination measures against people refusing to provide accommodations to gay couples? What about challenging laws prohibiting men-only but not women’s clubs? What about those parts of the 1964 Civil Rights Act that put under the federal purview accusations of discrimination in public accommodations? The only public figures who protest such forms of government intrusion are libertarians such as John Stossel or Rand Paul. Regular Republicans don”t object to the nanny state except when they can make hay with certain innocuous issues that affect our liberties only minimally.

In Pennsylvania and in other states where this noxious arrangement exists, I”m still waiting for the GOP to abolish state monopolies on the sale of hard alcohol. It seems Republicans do just as well as Democrats living off this monopoly, which is supposed to advance public health by reducing alcohol consumption. I see no evidence of this putative health benefit, but the monopoly provides public revenues by making booze far more expensive here than in neighboring states.

I prefer cognac and Scotch, so I am far more concerned about Pennsylvania’s booze monopoly than New York’s soda restrictions. For those who want humongous soft drinks but have no problem with higher booze prices, I suggest they move to Pennsylvania. My state’s Republicans will give you both.