Let’s Not Let Boys Be Boys 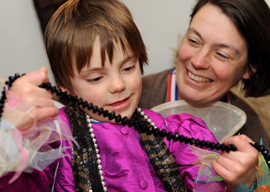 It may sound like the war on boys is succeeding, but that’s only four cases in the past year. How many children have to die before we get tough on boys who sort of make gun gestures with their hands? How many countries have to be invaded before we stop boys from learning how to hate? If we’re going to reverse the tide of American fascism, we’re going to have get tough on male thoughts.

White men are rapists. All women are potential rape victims. Patriotism is fascism. Can you imagine a world where women ran the government? It would be nothing but peace and harmony, just like when the Indians ran things. We need to get women out of the kitchen and into the workforce, where they can prosper and be happy. If we want the utopia we all deserve, there must be some collateral damage along the way, and who deserves to suffer more than the tiny ticking male hate-bombs that sit in our first-grade classrooms?

Boys are jerks. They punch you in the balls and jump all over the place. When they draw pictures, they include guns and nunchucks and shit that explodes. Girls sit quietly in their chairs and if they draw anything other than a cute animal or a family member, I”ll be a monkey’s uncle.

That’s not to say girls have to act a certain way. They can kick ass just like boys and be just as tough. Boys can’t, though. We’ve seen what happens when we let boys be boys. They create the America we have today: a racist, sexist, homophobic, war-mongering hellhole. Let’s let girls be girls or girls be boys or girls be whatever they want to be, and let’s let boys be anything but boys. What could possibly go wrong?