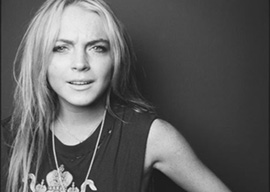 Uh oh, LiLo. After waltzing into her grand theft trial in a skintight Kimberly Ovitz white dress this week, Lindsay Lohan riled up critics”and the judge”who say she’s not taking the matter seriously. (Maybe she just wants to clean out her closet before putting the orange jumpsuit back on?) Lindsay pleaded not guilty to stealing a $2,500 necklace from a Venice boutique and posted $40,000 bail. She’s due back in court February 23. Meanwhile savvy designers should reach out to the star”the Ovitz dress is sold out everywhere.

The patented Clinton spin cycle is out in full force this week, with newlyweds Chelsea and Marc Mezvinsky stepping out for a ritzy New York gala after speculation their marriage was on the rocks. Marc went on hiatus from his job to become a ski bum, leaving Chelsea on the East Coast, but they reunited on Wednesday at Cipriani Wall Street for an amFAR event. Calculated move or not, it’s still too early to predict what lies ahead.

At least Jude Law and Sienna Miller no longer have to put up a front. After reuniting in 2009, the couple appeared to be inching toward marital bliss”they were engaged in 2005″but hey kids, staying together isn”t as easy as they make it look in the movies. The second split was “mutual and amicable.” We”ll check back in on the Jude & Sienna merry-go-round in 2014.

This year’s messiest divorce is nearly swept under the rug. Kelsey Grammer and wife Camille have agreed on a quickie divorce so the actor can marry his new girlfriend, Kayte Walsh, later this month. Camille is now wishing them the best. As she should”the newly minted reality TV star stands to walk away from her marriage with $50 million. She’s gonna need a bigger purse. 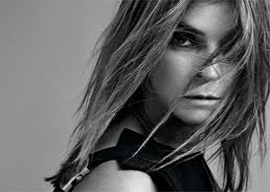 Some juicy gossip for the front-row set at New York Fashion Week. Former French Vogue editor Carine Roitfeld and her successor Emmanuelle Alt are no longer speaking, according to both editors. Carine offered her resignation and some say she was surprised it was accepted, perhaps leading to the bad blood between her and her longtime colleague. Emmanuelle said: “I don’t look back and see clouds anywhere. Carine is someone who needs to be free.” Hmm, “free”? What a kind word for “unemployed.”