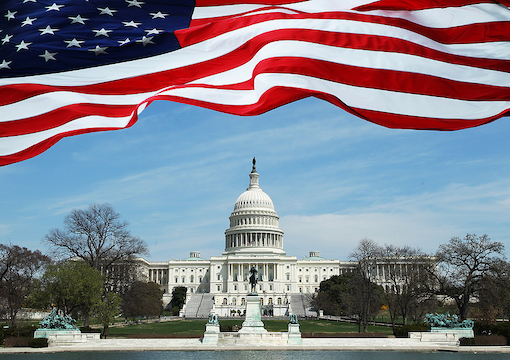 In the American political system, the president is the symbol of the democratic process, the embodiment of the general will. With few exceptions, he gains office by winning a majority of votes in what is close to a national plebiscite. If the radicals get their way, it will soon be a national plebiscite, as they hope to eliminate the electoral college so that large urban states can dictate to the rest of the nation.

The reward for winning the favor of the people is to be locked away in a museum called the White House, surrounded by the most complex security system on earth. The president is the most isolated man in the nation. He experiences everything through intermediaries in the White House and the Washington media. Everything he thinks he knows about the people over whom he rules comes to him thirdhand.

Thirdhand may be generous. His staff lives in the same sort of isolation as the president, without some of the high-tech security. They have spent their lives in the system and have no firsthand knowledge of the country. Many have lived so long in the biggest small town on earth—Washington, D.C.—that they may as well be aliens. Even their language is beginning to drift away from that of the rest of the country.

“The reward for winning the favor of the people is to be locked away in a museum called the White House.”

The media is similarly isolated. Look at the résumé of the typical media member and you will find little real-world experience. Like their counterparts in the government, they have lived in the splendid isolation of Washington. Many have taken a turn in government just as many policy makers worked in the media. Their friends and family are all inside the bubble. What they know is what they create and what their cohorts in the narrative factories of the mass media create.

The result of all this is our ruling class now lives in a simulation. They are the prisoners in the cave of Socrates, chained to the wall of the cave, creating a reality from the shadows they see on the opposite wall. For our rulers, the cave is their isolation within the ruling class, while the shadows are the avatars that flash across the computer screens of their lackeys. This manufactured reality is their reality.

What gives form to the images they see is the ideology that has come to shape the ruling class, something of an official religion. For our ruling class, the great arc of history bends toward the promised land they know lies at the end of history. Therefore, the images they see on their screens are interpreted to fit a narrative that supports the general narrative. Of course, they are always the hero of these narratives.

The ongoing Covid fiasco is a good example. For the most part, the worst of the pandemic was over last April when the most vulnerable were culled by the virus. This is the nature of these things. The subsequent waves and mutations are decreasingly lethal. As a result, most of the country is back to normal, except for the constant meddling from government officials unaware of what is happening in the real world.

This is why they fell so hard for the ivermectin hoax perpetrated by Rolling Stone magazine. Instead of noting that this is the same publication that perpetrated the University of Virginia rape hoax a few years back, they accepted this whopper at face value. It fit the narrative they have crafted from the images they see on their screens, so it must be true. More important, it confirmed they are on the side of angels, the hero of the story, so it must be true.

Much of the madness of the past twenty years can be explained in this way. The people in charge of the American empire are living a version of an online role-playing game. They get to pretend to be various characters in their story without having to worry about the consequences. The trouble is, their decisions bleed over from the fantasy world into the real world of normal people. In fantasy world, they avenged the Kabul bombing by zapping a terrorist, while in reality they blew up a family of peasants.

Similarly, they are rolling out new policies to fight Covid, despite the fact the emergency has been over for more than a year. Joe Biden slurred his way through a speech in which he claimed that the unvaccinated were a threat to the vaccinated, a reality that can only exist in the fantasy world of our elites. In the real world, vaccines protect people from those who are infected with a contagious virus.

Ruling elites living in an alternative reality from the people over whom they rule is not new. The French aristocracy, especially the King, was oblivious to what was happening outside the walls in the lead-up to the French Revolution. Nicholas II was also childishly obtuse about his position. He even had a version of Anthony Fauci, a fellow named Rasputin, who made the point to the people that their Tsar was not living in their reality.

What makes our ruling class unique is they are not just oblivious to what is happening outside their splendid isolation, but they are contemptuous of it. They see reality as misinformation, because it refuses to yield to their version of reality. Biden’s sneering admission that he is losing patience with the public over Covid is the frustration of a child over a broken toy. If you do not comply with his reality, he will stomp his feet and hold his breath.

The fact that our rulers now live in a simulation of reality could make for an entertaining movie, but it has real consequences. Allowing a man with dementia to make life-and-death decisions for a nation and for the West is reckless and dangerous. The reality avoidance of our rulers promises to immiserate all of us, if not get us killed. We are rapidly reaching a point at which their fantasies can no longer be indulged or ignored. It must be stopped.

History provides two solutions for when a ruling elite becomes divorced from and contemptuous of the people. One option was brilliantly expressed in the opening lines of the Declaration of Independence. The Founders argued that the gap between the King’s reality and their reality was no longer compatible. Therefore, the peaceful solution was to dissolve the bonds that connected them to the English people and the King’s reality.

Another option was articulated by Thomas Jefferson in a letter to William Stephens Smith. “And what country can preserve its liberties if their rulers are not warned from time to time that their people preserve the spirit of resistance? Let them take arms. The remedy is to set them right as to facts, pardon and pacify them. What signify a few lives lost in a century or two? The tree of liberty must be refreshed from time to time with the blood of patriots and tyrants. It is its natural manure.”