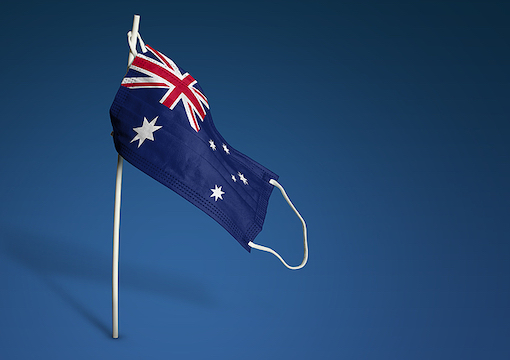 “Those who cannot remember the past are condemned to repeat it,” George Santayana famously wrote. Apart from a few garbled anecdotes about Captain Cook and Ned Kelly, and something about Aborigines, Australians are, by and large, quite ignorant of their history. Is it any wonder that we’re repeating it?

Many Americans will have seen the shocking images from last weekend in Melbourne. Tear gas, pepper spray, heavily armored police chanting like soccer hooligans and firing rubber bullets. “The world’s most livable city” suddenly looks more like Belfast in the 1990s.

This sort of brutal state power has never been seen in Melbourne before. Not even when hundreds of African migrants fought pitched battles in the Melbourne CBD during the annual Moomba festival, the city’s premier family event, in 2016. When tens of thousands of BLM protesters swarmed in defiance of lockdowns last year, none were arrested or even fined. Instead, police joined in the ritualistic abasement of “taking the knee.”

“After 230 years, Australia has reverted to being an island prison.”

But the brutality of premier “Dictator Dan” Andrews, the Australian equivalent of a governor in Melbourne’s state of Victoria, is only the tip of the medically induced dictatorship that has seized Australia in the wake of the Wuhan pandemic.

Like Soviet citizens, Australians are prevented from even leaving their country. After 230 years, Australia has reverted to being an island prison.

The key to understanding what’s going on in Australia lies in our history. When Australia became a nation in 1901, the seven former colonies were determined, as states, to still cling to as many of their powers and privileges as they could. So, states retained the right to run hospitals and schools, for example. Emergency management also remained a state’s right.

That means that, under a pandemic, the states suddenly have tremendous power, wielded through public health bureaucracy and under “state of emergency” declarations. The federal government in Canberra has been rendered mostly helpless. In fact, thanks to state border closures, Prime Minister Scott Morrison is a virtual prisoner in Canberra, forbidden to travel anywhere else in the country he is supposed to be running.

The states have also effectively wrested the running of the national economy from the Commonwealth. When premiers like Daniel Andrews have shut down their entire states for weeks on end, they have demanded that the Commonwealth bail them out with emergency welfare payments. Facing an election next year, the Morrison government has not dared say no.

So Australia is racking up tens of billions of national debt, solely to protect state premiers from the economic consequences of their authoritarian policies.

Despite the harshest restrictions in Australia (Melbournians have spent 200 of the past 500-odd days under lockdown, with no end currently in sight), Victoria has easily the worst record of Covid deaths: five times as many Covid deaths as the rest of Australia combined.

In a grim echo of Cuomo’s aged-care cock-up, the Andrews government made a series of shocking blunders with hotel quarantine. The security contract was granted to a technically insolvent firm, solely because it was an “indigenous enterprise.” Security guards were hired via WhatsApp. None of them were given training in infection control or wearing protective gear, but they were required to undergo “diversity and inclusion” training. Quarantine staff took their meal breaks in a nearby KFC. Medical waste was stored in open bins in a public car park.

“Dictator Dan” has steadfastly refused to accept any responsibility. Instead, his government has ground the bootheel ever harder on the state’s citizens.

The violence in Melbourne last weekend was just the culmination of months of increasing authoritarianism. The city has been placed under curfew—twice—for the first time in its history. Even during the darkest days of WWII, Melbournians were freer than they are now.

Andrews has vastly increased state power under a “state of emergency” that was promised to run for four weeks. It’s now been in place for over a year, with no end in sight. The only sunset clause in Victoria is that the premier has declared it out-of-bounds to sit on the beach to watch the sunset.

Police in Victoria may now detain any person or group for as long as “reasonably necessary,” restrict the movement of any person in the state, close any premises, and “require the destruction or disposal of anything.” Police can enter homes and seize property without a warrant.

So it was that pregnant Zoe Buhler found herself being handcuffed in her pajamas, in her own home, in front of her children, for posting on Facebook. Journalist Avi Yemini was visited at home by police, warning him to stay away from covering protests. When he ignored them, he was crash-tackled by a squad of riot police. His cameraman and security guard have both been arrested.

But Victoria is far from unique. In West Australia, Premier Mark McGowan has sealed off the state for most of the past year. McGowan has also passed “emergency” legislation exempting himself from criminal law and civil liabilities. His decisions and actions cannot be appealed. The premier can also now make laws without reference to parliament, in direct contravention of Australia’s Westminster tradition of government.

Just to make it completely clear, McGowan has also ruled that individuals or organizations whose views “do not represent the views of the West Australian government” are barred from state-owned venues.

If Americans are astounded by what they’re seeing from Australia, many of us here never thought it could happen here, either. After all, our national anthem tells us “we are young and free.”