Lord of the Wrongs 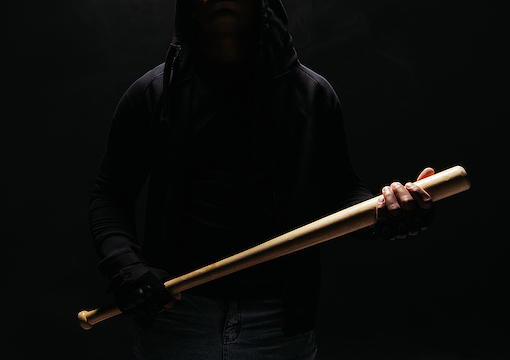 A feature of the modern age is Hollywood remaking or rebooting old cultural works by smearing them with elements of the new religion. Maybe they swap out the traditional male lead with a strong, independent female. Other times they will colorize a film that is set in a time and place when diversity meant variations on blue eye color. Nothing like a black Richard the Lionheart to subvert expectations.

That last bit, subverting expectations, is the cover story. When people point out the silliness of having black Vikings or a female Captain America, the usual suspects start chanting “subverting expectations” like an incantation. You see, it is not about their efforts to mock your culture. The real issue is your lack of imagination. That is why they have no choice but to subvert your expectations.

On the other side of it you find the conservatives, who insist that these things are done as a marketing gimmick to get attention. You see, according to the conservatives, these people only care about money, so they deface cultural products like classic films as a way to attract the new diverse audience by exciting the old audience. If you do not like it, just ignore it or build your own movie studio like Ben Shapiro.

“The people behind the reboot of the Lord of the Rings are engaged in cultural vandalism.”

The people eagerly defacing these old entertainment products love the “go woke, go broke” stuff because it lets them employ something called fan-baiting. According to internet lore, this is a form of marketing employed by studios to generate artificial controversy, which generates publicity, drawing in people who would otherwise not be interested. It can also be used to dismiss negative reviews.

That last part is certainly true. Amazon has employed this tactic to explain away the tsunami of negative comments from Tolkien fans. The “remake” of the classic is poorly written, poorly acted, and full of insults to the core fans. They have black elves and black hobbits, and the hero is now a strong, independent female who is as appealing as a rectal probe. Everything about the production is insulting and stupid.

Amazon, like all big studios these days, bribed the professional critics to give the show rave reviews, but the fans threw up all over themselves when they saw it. This being the internet age, they went online to announce their displeasure, filling up the ratings with negative comments about the show. This being an autocratic age, Amazon then removed the negative comments and banned further negative comments.

Another feature of this age is that when the oligarchs employ some fan-baiting, the self-appointed clerisy of the new religion gets in on the act. Bigots like Adam Serwer from The Atlantic roll out some vitriol against white people. You see, the reason fans do not like it is white people are afraid of diversity. If they could just get past their racism, they would see it is better than the original product.

The fan-baiting argument explains a lot of this, but it does not address the root cause. The negative response from fans is a reaction to the product. The fan-baiting is a way to capitalize on the negative response and play the victim, but it is also a reaction. Of course, the predicable groveling from conservatives over the cry of racism is another reaction. Everything about this dialectic makes sense except for the origin.

This is where another term is useful: cultural vandalism. This is where non-Western people, who now control the centers of cultural production, have nothing to offer, so they set about vandalizing the culture they acquired. The people behind the reboot of the Lord of the Rings are engaged in cultural vandalism. The point of the effort was not to improve the original, but to deface it.

Independent critics have noted that this is the message that came from the performers during the promotional tour for the series. The first video in this post is amusing as the white guy struggles not to laugh while the dumpy black woman drones on about defacing the product. In other words, the starting point was to ruin the original content by smearing it with the goofy values of the new religion.

That means the dynamic here—the dialectic, if you will—is the people defacing the product are reacting to Western culture. As Joe Sobran noted years ago, “Western man towers over the rest of the world in ways so large as to be almost inexpressible.” The creative energy behind something like the Tolkien books is beyond the imagination of our alien rulers. The result, as Sobran also noted, is envy.

Envy naturally leads to hostility. The point of the cultural vandalism is to express the frustration and anger that naturally wells up in these people when confronted by Western culture. They fling their poo at it because that is all they can do. Like the Taliban blowing up the Buddhas of Bamiyan or BLM tearing down white statues, the people defacing our culture are moved by resentment at their own inferiority.

A little green shoot in this age of crises is the fact that the fans of Tolkien appear to be unmoved by the poo flingers crying racism. The response has been mockery. Another feature of Western man has always been generosity. It is assumed others can be brought around, but that generosity may be finally running low. Maybe Western man is finally tiring of the ungrateful guests he generously invited into his lands.