Maxims for Life, an Antidote to Hope: Part Two 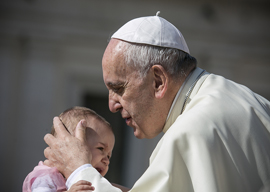 Now, kissing bums is an act that many are not at all hesitant to do. As a general rule, those who are will be proud, though that doesn’t necessarily mean they have a legitimate reason to be so. Likely to be base himself, the bum-kisser naturally is not bothered by humiliating himself to a fellow wretch. On the contrary, doing so is in keeping with the general character of his paltry existence.

It is not so with the rare persons of extraordinary ability. They are not petty schmoozers and networkers. The mediocre, by contrast, must be. And the best men and women, regardless of their personalities, are likely to have plenty of detractors and enemies, because superiority is resented by definition, for the mere fact that it exists.

What is more, success may well require having the right social and political views. Sticking to our literary theme, we can use the celebrated writer Ben Lerner as an example. Although his poetry criticism is voguish and incoherent (for he is enthralled with the pseudo-philosopher Allen Grossman), and although his derivative, Ashberian poetry is frequently bad and mixed on the whole, Lerner has a large talent. His two novels are considerable achievements; the second in particular is original, witty, and full of superbly imaginative sentences. Yet it is worth asking whether Lerner would be so highly regarded if he did not evince the leftism that is now almost de rigueur in literary circles, at least for unestablished writers. It is likewise worth asking a related question: whether great conservative writers of the past—Dostoyevsky, Coleridge, Baudelaire, T.S. Eliot, Flannery O’Connor, and Saul Bellow, among others—would have met with enough fair-minded readers and critics in today’s touchy and narrow ideological climate.

Lerner himself has said that, like the narrator Adam Gordon of his first book, Leaving the Atocha Station (2011), the nameless narrator of 10:04 (2014) is modeled on himself. The man is an anti-capitalist, plagued by the familiar white leftist guilt. Now, I am no fan of capitalism myself, as there is nothing more odious than a society in which commercial interests outweigh all others. Still, it’s plain to me that capitalism is the best economic system mankind has come up with so far. And what irks me about Lerner’s anti-capitalism is that he never considers what is the ultimate obstacle for “progressive economic reform”: egoistic human nature itself, and its competitive desire to be perceived as of higher social rank than others. Lerner rails against capitalism, yet like nearly all intellectuals on the left, his anti-capitalism is shallow, and where his fellow writers and literary intellectuals see “moral sophistication,” I discern a cheap trick.

Marked by self-loathing (another woefully prevalent trait among male writers today), and contemptibly asserting what poetry cannot do, Lerner might fairly be called the 21st-century poetry boy, in allusion to a sharp song by Bad Religion. He is the only male child of a prominent feminist woman psychologist, who is frequently quoted by leading leftist intellectuals like Martha Nussbaum. His father, too, is a psychologist. He studied “creative writing” and political science at Brown University, which, judging by my own acquaintance with graduates of that institution, may be the most emasculated of American universities. In the sadomasochism scene in 10:04, the man is the submissive. In real life, of course, the opposite is typically the case. But given what one knows of Lerner, a distinctly unmanly figure, the male submissive seems merely fitting. Furthermore, given the powerful influence of feminist women in the literary world today, it may well have been a necessary choice.