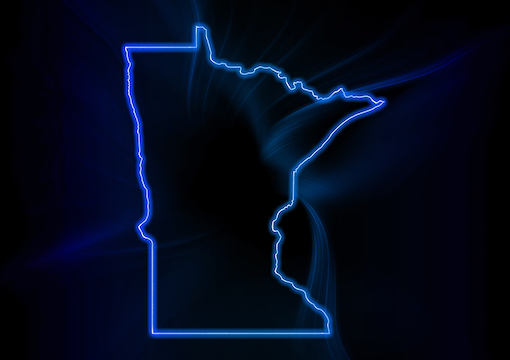 One of the stranger things to happen in what is a very strange age is that the great state of Minnesota has become the focus of race relations in America. Most people think of the state as being one of the whitest in the country, so it is odd that it would be a microcosm for what is going on in the country as a whole. We are regularly told by our betters that new America is diverse and vibrant, not bland and white.

Fifty years ago, Minnesota was 98% white. The white population was almost exclusively Northern European. Germans were the largest “ethnic group” in the state, followed by Norwegians, Irish, Swedish, and English. The diversity was mostly the remaining American Indians from the frontier days. The typical Minnesotan could live his life, if he chose, without seeing a black person, other than in the media.

“Taken together, these cases offer some insight into the reality of race in America and hint as to where things are heading.”

Thanks to diversity, the founding stock of the state gets to enjoy the full range of vibrancy the nonwhite population has to offer. That is part of what makes it a great case study into what is really happening with race in America. Within living memory, Minnesota had no race problems, because the state had no diversity. It was a racially homogenous population and a relatively high trust society.

Over the past five years, four high-profile cases involving the police and race have become national news. In 2016 Philando Castile, a 32-year-old black man, was shot and killed by police officer Jeronimo Yanez during a traffic stop. Castile had a gun in the car, and he informed the officer that he had the gun. The officer thought Castile was reaching for the gun, so he shot him seven times at close range.

Three years ago, officer Mohamed Noor, an Ethiopian, shot and killed Justine Damond, who was in her bathrobe waving her arms to flag down the police. She had called 911 reporting a possible assault. Damond was a matronly-looking white woman, and she was unarmed. Noor shot her from inside his car for no obvious reason. He later claimed that he shot her because he thought she was about to attack him.

Of course, we have the case of George Floyd. Last year, he died from some combination of the struggle to detain him, advanced heart disease, and the massive number of drugs he had consumed. Derek Chauvin is one of the officers charged in his death, because he was seen with his knee on Floyd’s neck. His trial is ongoing, and the other officers will be tried later this year.

The most recent addition to the growing number of race-related police killings in the state is Officer Kim Potter. During a traffic stop, she mixed up her Taser with her service weapon, shooting and killing Daunte Wright. He was wanted for weapons charges and tried to flee the scene. On the body-cam video you hear her yelling “Taser!” multiple times before she shoots Wright in the chest with her Glock.

The disposition of the two current cases is ongoing. Derek Chauvin has been charged with second-degree unintentional murder, third-degree murder, and second-degree manslaughter. Kim Potter has been charged with third-degree manslaughter, but given the events of the day, those will probably be upgraded. Chauvin faces forty years in prison, while Potter is currently looking at ten years in prison, if convicted.

Chauvin is the least culpable of the four cops in these cases. His action may have contributed to Floyd’s death, but it is a stretch. On the other hand, Noor, Potter, and Yanez unquestionably caused the death of their victims. Of the three, Mohamed Noor is the most egregious, as he just rolled up and shot a middle-aged white woman. It is a toss-up as to which of the remaining two is worse than the other.

What is coming into focus is the evolving Jim Snow standard. On the righteousness scale, blacks are at one end, the good end, while whites, especially white men, are at the other end, the bad end. Chauvin is getting the harshest treatment, because he is a white man and George Floyd was black. Yanez walked even though his victim was black, but his name sounded Spanish, so it was a wash by the rules of the day.

Then we have the cases of Mohamed Noor and Kim Potter. Because the police department and the government are so proud of their East Africans, they dragged their feet charging Noor. He was allowed to resign. Kim Potter was also allowed to resign, but was quickly charged, because she is white. She will face the same charges as Noor, even though she accidentally shot a felon in the course of an arrest.

Another way of looking at this that exposes the reality of the Jim Snow standard is that we have three affirmative-action hires and one white guy. The most outrageous example is Noor, who will spend twelve years in prison. Yanez walked as his case was the most difficult to sort out given the evidence. There is a good chance Potter walks, as the law in Minnesota does not address police incompetence. Meanwhile, the white guy is on trial for his life, because he had his knee in the wrong spot.

Then we have the victims. Castile, other than his 49 traffic violations, had no criminal record and was a relatively good citizen. Justine Damond was a middle-class white woman with no criminal record. The two cases eliciting the most outrage revolve around career criminals, who could best be described as a blight on society. The blacker you are, in appearance and behavior, the more valuable you are as a victim in the racial politics being waged on white America by the ruling class.

This is the reality of Jim Snow America. Whites, especially white males, will get the harshest treatment from the law. The usual suspects flood the zone with phony studies on racial differences in sentencing, but they never hold up under scrutiny. When adjusted for criminal history, whites get longer sentences than other races. Males, of course, will always get harsher sentences than females for the same crimes.

Of course, the Jim Snow rules apply to victims as well. Ashli Babbitt was a right-wing white woman murdered by a black cop inside the Capitol, but he is black, and she is a bad white, so it is okay. Cannon Hinnant was a 5-year-old white boy executed by a black man, but the media could not be bothered to notice. On the other hand, Adam Toledo, a 13-year-old gangbanger shot by cops, is national news.

This will only get worse. We see how white protesters are treated compared with the hyper-violent Black Lives Matter protesters. The former get the full weight of the federal government on them. The latter are ignored by the feds. As anti-whiteness becomes the official religion of the managerial class, the Jim Snow standard will become the de facto framework controlling white people.