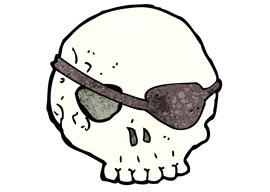 I’m not interested in winning, but in thinking. I’d rather be perplexed than right.

That 12-year-old quote is from a Scottish musician and writer named Nick Currie, whose latest book”Herr F., a meditation on the Faust myth that hums with bitter energy and humor”came out last week. Currie is better known by his stage and pen name, which he stole from the most delicious of myths: Momus, the Greek god of scorn and satire.

Momus wrote this characteristic bit of self-defense (he’s been accused of stealing it from Theodor Adorno) while jousting on an early-aughts message board, where he had the inexplicable habit of interacting with small-time music journalists and would-be musicians with P.C. tendencies who were prone to tear at him like harpies. (Perhaps they amused him; perhaps he’s a masochist.)

His crime, in that particular argument, was defending the evil VICE Magazine”for which he wrote back in the days before they ran cofounder Gavin McInnes, now a Taki’s contributor, out of his own company on a rail. (It wouldn”t be the last time that would happen.)

“On the other hand, scratching a male feminist with a penny nail often uncovers enough genuine misogyny to make Currie turn pale and keel over; deep down they may have been cheering for his cast of Pygmalions and rapists.”

If Currie had written for the hiparcho-capitalist monster-mag for free, there might have been a chance at forgiveness; but alas, the human incarnation of Momus can”t live on manna and sunbeams. Most of his detractors have never made a living off their art, as Momus has done for decades, which may be why he annoyed them so. Well, he also named himself after a god. But in the age of the humblebrag I find it a relief when an artist admits he might suspect he’s important.

Momus was a musician long before he took a swing at the novel. I”m a philistine when it comes to experimental music, so I found the pop-raconteurish albums he put out in his early years more moving than the abstract stuff he did in the mid-aughts, though he seems to have recently shifted back toward coherence.

In raconteur mode he takes on the persona of a cynical, at times evil narrator, while the melodies mix pop and classical inspiration with goofing on the Moog. Filled with references to myth and history”and also a lot of murder”it may or may not be your cup of tea, but Youtube can probably do a better job of deciding that for you than I can. (Alas, music journalism ain”t the racket it used to be.)

His songs about male-female relationships are uncomfortably candid, nuanced, meditatively lewd, and occasionally bitter; which, in a way, makes it surprising that the same lefties who took it out of him for writing for VICE didn”t call him a sexist even more often than they did. (On the other hand, scratching a male feminist with a penny nail often uncovers enough genuine misogyny to make Currie turn pale and keel over; deep down they may have been cheering for his cast of Pygmalions and rapists.)

Gretchen’s adoration makes me a little grumpy, because it reminds me that her love has been purchased for me by Mephistopheles. This is not real devotion, but something hollow and robotic, the meaningless triumph of someone who leaves his computer chess game at the easiest setting. … You shouldn”t get your hopes up, I tell my beautiful but hollow girl-robot. On top of the Matterhorn, cruel winds are constantly blowing across sheer marble cliffs. It’s highly likely that nothing at all will be able to grow in our garden.

She’s not quite alive, or real; the book is full of references to prosthetic limbs, creeping greenery, and fame and displacement as slightly more comfortable analogues of death:

The thing I like about Osaka is that I can be utterly foreign here. Being foreign is a luxury, like being famous, or dead, or living in a world in which featureless moss stretches in all directions to the horizon.