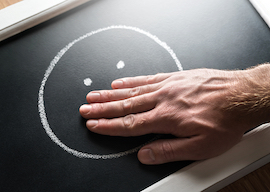 The eventual price of affluence, in both the individual and his culture, is the weakening of the judgment. Softened by sentimentalism, and reflecting moral and spiritual debasement, the mind becomes resistant to unflinching perception, like a man who throws out his back from want of use. Corresponding to the shift in what we are willing to see, and therefore in what we do see, is the corruption of language. Certain topics become unspeakable. Important words lose their meaning and assume a different vital force: replaced by mostly unperceived confusion, to the gain of intellectuals, who like so many unscrupulous investors, know how to profit from cultural decay.

Take Robin DiAngelo, for example. A leading “scholar” of whiteness studies, DiAngelo may be the biggest fraud in all of academia. In February, in an interview with The Guardian, DiAngelo declared: “The problem with white people…is that they just don’t listen. In my experience, day in and day out, most white people are absolutely not receptive to finding out their impact on other people. There is a refusal to know or see, or to listen or hear, or to validate.”

Going along with this refusal by whites to “listen,” according to DiAngelo, is what she calls “white fragility.” In this condition, “even a minimum amount of racial stress becomes intolerable, triggering a range of defensive moves.” DiAngelo herself appears keen to avoid that most unprogressive fate. Thus, in her summer 2019 interview with Teaching Tolerance, she said:

What’s astonishing here is DiAngelo’s utter shamelessness. Does she really expect people to believe she is sincere? Does she never wince at the sheer bad taste of her acting job? Or does it happen to people like DiAngelo, long surrounded by other pretenders in academia, that they lose the ability to distinguish the lie they live from reality itself?

DiAngelo, a white woman, is not only willing to allow only people of color to determine whether she is sufficiently woke; she is prepared to get rid of due process altogether. “It’s nice to know you had good intentions,” she says, “but the impact of what you did was harmful. And we need to let go of our intentions and attend to the impact, to focus on that.” Of course, no concept of objectivity is possible if people of color, in their unquestionable subjectivity, are to use only how they feel they were “impacted” to determine the meaning of white people’s behavior. In a sense, DiAngelo’s world is a very simple one: Whites are always wrong, and people of color are always right in regard to them. But, given such absolute subjectivism, how are people of color to resolve disputes among themselves?

“Does it happen to people like DiAngelo that they lose the ability to distinguish the lie they live from reality itself?”

In a 1907 address at Radcliffe College, William James, a great American thinker and writer, described the social value of a college education as he understood it. For James,

our colleges ought to have lit up in us a lasting relish for the better kind of man, a loss of appetite for mediocrities, and a disgust for cheapjacks. We ought to smell, as it were, the difference of quality in men and their proposals when we enter the world of affairs about us. Expertness in this might well atone for some of our ignorance of dynamos. The best claim we can make for the higher education, the best single phrase in which we can tell what it ought to do for us, is then, exactly what I said: it should enable us to know a good man when we see him.

Turn this around and we have the purpose of our multicultural universities today: relishing a taste for the worst sort of man—that is, the leftist resentment-piper—so that we do not “know a good man when we see him.” After all, regarding any white person of seemingly good character, one would have to come to terms with his damnable race, which by definition implicates him in “privilege,” “structural racism,” and so forth.

Wikipedia informs us that “DiAngelo received her Ph.D. in multicultural education from the University of Washington in 2004, with a dissertation entitled ‘Whiteness in racial dialogue: a discourse analysis.’… In 2007, she joined the faculty of Westfield State University, where she was named a tenured professor of multicultural education in 2014.” Does one need a Ph.D. in order to teach the young that white people are racists and that racism is whatever any “person of color” thinks it is? Can America survive the collective of influence of multicultural intellectuals like DiAngelo?

Notice how multicultural intellectuals teach nonwhites that they are victims in need of redress. Notice how whites learn that they are to blame for all the world’s problems. Despite their appearance of righteousness, multicultural intellectuals are in the business of manufacturing hostilities and grievances between racial groups, for, as with feminism and its endless battle against “sexism” and “misogyny,” the war on “racism” requires a perpetual supply of “racists” to oppose.

Meanwhile, social order is breaking down, and the future looks dark. In 2017, the Brookings Institution took a survey of 1,500 current undergraduates. To the question of whether a student group had the right to shout down or otherwise disrupt a speaker who is “known for making offensive and hurtful statements,” 51% answered that they found such a tactic justifiable. One in five students said that violence was acceptable in silencing a politically incorrect speaker. Though slightly more Democrats than Republicans rejected the use of violence as a counter to politically incorrect speech, 62% of Democrats, compared with 39% of Republicans and 45% of Independents, believed that it was permissible to scream and chant in order to stop a controversial (read: non-leftist) speaker from being heard by the audience.

Here, then, is a glimpse of the future of America. Here is the monstrosity of leftist power, the sentimental authoritarian mind. To a significant extent, the U.S. is free speech; democracy is the freedom to disagree and therefore offend, because without such friction we cannot argue our way toward the best means of dealing with our many problems. Yet today many students, instead of being taught to think for themselves, instead of nurturing the ability to learn from experience itself, whose greatest fruit is wisdom, learn to misperceive reality in terms of an a priori agenda: the progressive dream of the academic left. To be sure, many of these students mean well; they think they are on the side of “social justice,” nobly standing up for the oppressed. Still, they are like a high-speed train without a conductor.

Social justice itself is a Save Me Daddy Syndrome, a secular culture’s attempt to resurrect the dead God modernity killed. There is no such easy savior, nor is the multicultural intellectual serious about social justice. The concept is an illusion by which he flees the hard work of self-reliance. Yesterday his outrage was that the Academy Award winners did not include a sufficient number of women and minorities. Today he is vexed that once again most of the Nobel Prizes in science have gone to men. Anything less than sameness of outcomes among groups sets him blowing his victim horn. The wonder of it all is how the boring wretch manages not to shoot himself.

Compared with ordinary Americans, whom he regards as “unenlightened,” the multicultural intellectual is like a sham believer who points a self-righteous finger at his sinful fellow citizen: “You are the problem,” he asserts in wicked indignation, a sight very pleasing for other zealots to behold. “It is your ignorance that precludes social justice.” In a better, manlier time, such a type would be nothing but a laughable diversion. As it is, this accuser is increasingly common and highly influential. So we must expose the truth about the multicultural intellectual.

There is high comedy in the fact that although the multicultural intellectual, with his ignorant simplifications and petty resentments, looks down on the ordinary man, it is the latter who has the more healthy and balanced nature. Whether his work clothes are dirty overalls or a dark suit, the ordinary man does not hesitate to laugh off the anxious lies of women’s studies, to which the multicultural intellectual must pay respect. “Toxic masculinity?” the blue-collar laborer asks with mocking grin. “No thanks, ugly duckling. I’ll have a beer with my buddies and wish you luck at getting a life, too.” Likewise, his nature is hardy enough not to get bogged down in sentimental despair upon intuiting that, deep human value invariably being a matter of the severest selectivity, not every desirable end can be achieved, unhappiness shall always abound, and minimizing the suffering of what is nearest must be primary.