My Cures for the Summertime Blues 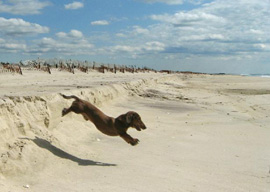 When I was growing up we used to go to Southampton on Long Island during the summer. We also spent time in Italy, Greece, and Switzerland. Of the four, no place stands out as the best, but they are all special in different ways. Most places are wonderful in summer. Even the swelter of an August day in Manhattan has its appeal. When it’s really hot and the masses leave town, the city feels like it belongs to no one but you, particularly on weekends when the streets are wide-open and free for one to walk unescorted and unhampered by the usual bustle. Finding respite from the heat in an empty and over-cooled cinema for a matinee show or stepping into the air-conditioned subway car from the stifling platform is a little bit of bliss. All but a few tourists remain. The others have escaped to cooler and more beautiful shores.

In no particular order, my favorite getaways sound like some sort of fancy jet-set list, though they are only places I love and usually go back to midyear. I hope this list’s hoity-toityness will somehow dissuade you from going to these ports of call; the last thing they need are more tourists!

“I hope this list’s hoity-toityness will somehow dissuade you from going to these ports of call.”

I try to remember Southampton as it was before Puff Daddy and his ilk popularized The Hamptons. Rich folk probably ruined it long before him, but it was back in the late 90s when I felt some of its soul was lost because of all the money and PR that came to the South Fork. Before that we rode around on bicycles without a worry because people drove slowly and the place was safe. We’d go to the beach club and play tennis, ride horses in the afternoon, or just swim at home in the pool or play baseball in the garden. We’d eat at Paul’s Pizza or Driver’s Seat and hang out at Long Island Sound, where we bought cassette tapes and records. Some of these local favorites remain, while others have been replaced by big chains. Despite everything that has changed, my fond memories remain. I haven’t been back in almost a decade, but when I think of Southampton I remember the musty stink of the sand dunes and the smell of freshly cut grass in the late-afternoon sun. Long Island’s South Fork is a very pretty place, colored by the landscape, architecture, and history. Now it is overrun by city slickers, but I like to think its true nature is kept alive by the wild, roaring, rumbling Atlantic Ocean.

The first time I went to Saint-Tropez was in late September. It was still warm, and the sun was shining. The tourists had gone, and it was simply perfect. Just a few sailboats bobbed in the charming little harbor, and I walked around the local streets looking for the best Tarte Tropézienne I could find. I thought I might have seen an old Brigitte Bardot walking along the back streets, but it was just an anonymous French beauty. I discovered many wonderful shops like the vintage cotton place across from La Ponche, my favorite little hotel. I watched old men play pétanque on the Place des Lices, and it was then that I decided the cemetery that looks out from town onto the sea was the most divine place to be buried. Getting to know such a famous place the way I did seems better than getting to know it during the high season when its essence can be obscured. There are plenty of hidden secrets in Saint-Tropez, but even the famous ones are terrific. With the right group of friends, Le Club 55, Les Caves du Roy, and the scene at the Byblos are good fun. But since spending extended periods of time in Saint-Tropez in the summer requires the bank account of a Russian billionaire, I kept on my search for the perfect island getaway.