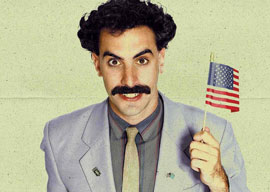 Still, the idea of Jews fighting or rooting for the South is bewildering to many Jews today, especially those descended from Russian Socialists who came to America with ideas of class and economic equality and who identified with blacks and other excluded groups.

This is a small example of a general pattern of modern liberal Jews believing their own carefully curated narratives of victimization. Since Jewish predilections play such a massive role in the media, it’s crucial to understand these biases.

The reality is that for most of the last 800 years, the average Jew in Europe and America was relatively affluent, well-connected, and politically conservative. For example, Tory prime minister Benjamin Disraeli was Queen Victoria’s favorite. This began to change only when the prosperity-driven growth in the number of Ashkenazi Jews forced many out of traditional white-collar jobs and into blue-collar jobs they resented as demeaning.

A few weeks ago, I pointed out that we ought to keep in mind that the revival of the Russian state along neo-czarist lines inevitably set off allergic reactions among American Jews, whose most vivid picture of their ancestors is the Cossack pogrom scene in Fiddler on the Roof.

In fact, Fiddler, which was the most successful show on Broadway in the 1960s, now encapsulates how American liberal Jews like to imagine that their Jewish ancestors always were: poor and oppressed.

And yet the extensive documentation of Jewish history suggests that the late Czarist Fiddler era was an anomalous spell. For most of European history, Jews tended to be prosperous, well connected to the power structures, and politically conservative.

Ironically, the Fiddler on the Roof portrait of Jewish history was so popular view that it undermined Fiddler‘s own composers Sheldon Harnick and Jerry Bock when they tried to follow up their hit with the 1970 megamusical The Rothschilds.

Since audiences were so enraptured with the humble Tevye singing “If I Were a Rich Man” (originally, “If I Were a Rothschild“), Harnick and Bock figured nobody could resist a musical version of the most famously rich family in history. They mounted a spectacular production of The Rothschilds starring Hal Linden, Jill Clayburgh, and Robbie Benson.

But after a decent run on Broadway and a couple of Tony Awards, the musical has vanished from popular memory. After all, this tale of extravagantly rich and powerful bankers wheeling and dealing with Prince von Metternich seems more like an anti-Semitic conspiracy theory than an appropriate lesson for the general public.

Yet The Rothschilds may have been more representative of Jewish history than Fiddler. The New York Times“ genetics correspondent Nicholas Wade writes in his upcoming book, A Troublesome Inheritance: Genes, Race and Human History:

From about 900 to 1700 AD, Ashkenazim were concentrated in a few professions, notably moneylending and later tax farming (give the prince his money up front, then extract the taxes due from his subjects).

Much effort has been put into explaining that the reason Jews didn”t do stoop labor in the fields was because they were so discriminated against. Wade sums up the standard rationalization:

The widely held conventional explanation for Jewish occupational history is that Jews were forbidden by their Christian host nations to own land and drifted into moneylending because it was the only profession open to them. Because of frequent expulsions and persecutions … Jewish communities were dispersed in towns all over Europe and the Mediterranean world.

The truth, as economic historians Zvi Eckstein, a former Bank of Israel deputy governor, and Maristella Botticini document in their award-winning 2012 scholarly book, The Chosen Few: How Education Shaped Jewish History: 70-1492, of the prestigious Princeton Economic History of the Western World series, was quite different. Wade explains:

Botticini and Eckstein reject this explanation, arguing with a wealth of historical detail that Jews were not forced into moneylending but rather chose it because it was so profitable, and that they generally dispersed not because of persecution but because there were jobs for only so many moneylenders in each town.

So what happened? Why were many Jews poor and/or radical by the Fiddler on the Roof era of the early 20th century? According to Wade:

In all the European countries in which they settled, Jews enjoyed high standards of living. … The wealth was important because it enabled Jews to secure a considerable degree of reproductive success. … The Ashkenazi population had grown from almost nothing in 900 AD to about 500,000 people by 1500 AD, and had reached 14.3 million by 1939.

From Marx onward, growing numbers of Jews began to see themselves in solidarity with the peasants and workers they had previously disdained. (To enjoy the traditional Yiddish view of Slavic peasants, see Sacha Baron-Cohen’s Borat.)

As Berkeley historian Yuri Slezkine pointed out in The Jewish Century, in 19th-century Europe secularizing Jews believed that they were hated because of religion, nationalism, and their talent for capitalism. Hence Marx’s proposal for wiping out religions, nations, and businesses resonated.

In summary, before Jews were poor, they were rich. Today, however, most Jews are above average in wealth once again, which may help explain why Jewish political activism has been shifting from big beefy causes like the working class to small potatoes fixations such as gay and transgender rights.