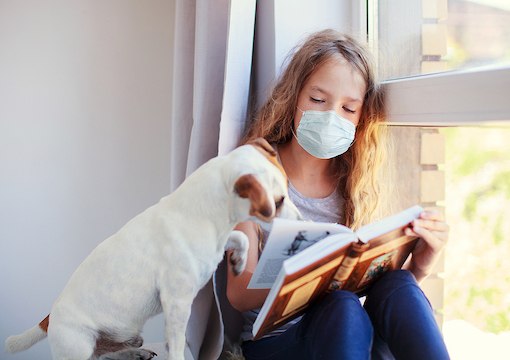 Humans are natural storytellers. Much of our daily discourse is the telling of the mundane tales that constitute our lives. Those stories usually support in some way our shared beliefs. The story you tell about the two obese people raiding the buffet is not about the facts, but the shared beliefs regarding moderation and dignity. Your story signals information about you, and the receiver signals back.

Belief is one of the earliest human traits, so it is no surprise that storytelling is fundamental to human existence. Since the dawn of modern man, we have understood the world through stories. The natural world was myths and legends involving gods and heroes. Much of what defines the West is the result of stories about a Jewish fella who was such a nuisance, his own people had him killed by the Romans.

It is why narrative provides the legitimacy and therefore the authority of every ruling regime in human history. The king is never just a guy with a lot of money or in charge of the army. That may be how he became king, but quickly his authority is established through his story, often entangled with the story of the people over whom he rules. He is the answer to the great questions about the nature of the people.

“The biggest victim of Covid may turn out to be the regime itself.”

In modern times we see this with the American presidency. Jimmy Carter won a long-shot race because he was the “Man from Plains,” an honest American on a mission to clean up Washington. Reagan was the man who would restore America and take on the evil empire. Bill Clinton was the “Man from Hope,” the first of his generation to follow in the footsteps of Kennedy. Every president has a story to tell.

The social contract between the American people and the managerial class is built on a narrative structure that dates to the founding. America is a “city on a hill,” the “beacon of freedom,” and “hope to all those who seek to be free.” Every war and every social crusade is cast in these terms. When the regime was plotting the crusade against Islam, it was cast as the next chapter in the American story of freedom.

The social narrative is not just an American phenomenon. It was the social narrative articulated by Adolf Hitter that brought the Nazis to power. Hitler employed a form of abductive reasoning. This is an approach that starts with a set of observations and then provides a simple and plausible explanation for those observations. Unlike deductive reasoning, there is no verification of the theory. It is simply a well-crafted story that rationally contains the important observable facts.

Of course, this did not happen in a vacuum. The old narrative, the old story of the German people, collapsed in the humiliations of the Great War. Liberals, communists, and fascists rushed in to fill the void with their story, but it was Hitler who proved to be the master storyteller. Just as the Christian narrative was a completion of the Jewish narrative, the fascist narrative explained the past and the future.

The events of a century ago provide many lessons, one being the power of narrative, but also the power of narrative collapse. Human society is held together by a shared belief in the story that defines them. The people will suffer all sorts of depredations as long as they continue to believe that story. Once that story no longer makes sense, they will tolerate nothing but a new story to fill the void.

This is something the managerial class is experiencing with regards to the Covid pandemic and their handling of it. From the beginning, they have told a story about the virus, where it started and where it will end. It is this story that has provided them with legitimacy and authority to do what they want to combat it. The people have suffered great humiliations in support of the Covid narrative.

This story about Covid was also the subtext to the election that improbably put the semi-comatose Joe Biden in the White House. The drug companies withheld the vaccine news until after the election to help evict Donald Trump. The unstated message through 2020 was that once Trump was gone, the virus would be defeated, and once the pandemic ended, the world would get back to normal.

Similarly, the race riots and antiwhite pogroms that were unleashed in the summer of 2020 were the result of the evil orange man. Once he was gone, things would get back to normal and everyone could go back to watching sports and grilling. In other words, the events of the past two years or so were part of the story of restoration, a return to the old normal before the events of 2016.

With regards to the coronavirus, this became explicit in the campaign to get as many people vaccinated as possible. Joe Biden made it part of his pitch to say that people could go back to grilling once enough people got the jab. The final chapter of the story that explained and justified the anomalies around the election was the return of normalcy in daily life, as well as political life.

What we are seeing today is narrative collapse. The miracle vaccines are proving to be far less than advertised. The majority of people turning up in hospitals with Covid are those who have been vaccinated. The whole point of a vaccine is to trigger your immune system to defeat the virus when exposed. You may get some mild symptoms, but your body is prepared to quickly kill off the intruder before it does much damage.

Of course, no vaccine is perfect, but the regime spent months claiming it was 98% effective, so they closed off that narrative branch at the start. Worse yet, they claimed without evidence that the vaccine would work on all variants. Every contagious virus can mutate, which is why we have new flu vaccines every year. It appears that the miracle Covid vaccine is worthless against the variants.

What the regime is facing is narrative collapse. Compounding it is the question as to whether the regime actors get that their story is falling to pieces. Anthony Fauci has become a Rasputin-like figure, both an object of ridicule and a symbol of what is wrong with the regime. They keep sending him and others out in front of the public to provide new versions of the official narrative, which are quickly contradicted by present reality.

In March of 1973 John Dean famously explained to President Nixon that there was a cancer growing on his presidency. He did not use the term “narrative collapse,” but that was what was happening. One story of Watergate had Nixon as the villain, while the other had him as a victim of reckless staffers. Once that latter narrative was “no longer operative,” support for Nixon collapsed.

The Covid crisis is not about official lying. Whole institutions are being discredited as they are employed to support a narrative that is increasingly implausible. Further, it is becoming clear that the system itself is infested with sociopaths. The narrative collapse regarding Covid is now calling into question the narrative of the Biden presidency and the regime that put him in office. The biggest victim of Covid may turn out to be the regime itself.