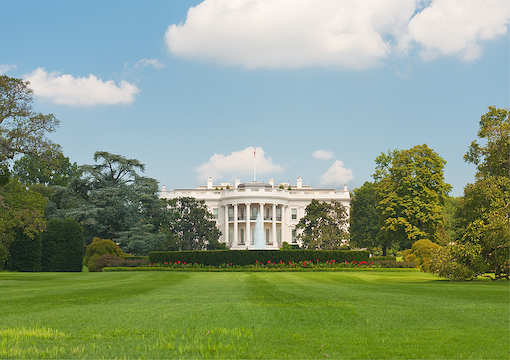 By most accounts, 2020 was one of the most tumultuous years in living memory, so people are naturally looking forward to 2021. As is always the case at this time of year, there is hope that the next year will be better than the last. At the minimum, the coming year promises to be different as Pretender Biden is installed in the presidency. In a few weeks, people will get to see what their rulers have done.

This is the least anticipated presidential change in generations, but one that will be interesting to watch. There are already signs that the vibrant tribes of the coalition are unhappy with what they are seeing from The Pretender. They were promised a colored revolution and instead it is the same old hack-orama. The Biden administration will be a collection of useless retreads from the swamps of the Imperial Capital.

Undiscussed in all the racket of the election and COVID insanity is the fact that many of the beautiful people have now lost their reason to live. These are the bourgeois Trump haters who have organized the past five years of their lives around hating evil Orange Man and the sinister forces backing him. The purpose of their lives to this point has been the defeat of Trump, and soon he will be gone for good.

Like the proverbial dog that finally catches the car, these people never thought much about what comes after Trump. They were too busy signaling their goodness on social media to be bothered with such things. Trump was always an IQ test. The stupid either hated him unconditionally or loved him unconditionally. Now an army of dim-witted ronin will be roaming the countryside looking for a new master.

The other side of this coin is the right-wing grifters who have been cashing in on the Trump phenomenon for five years. Many started as anti-Trump, but the promise of new suckers was too much, so they boarded the MAGA train. They have been squeezing a few last dollars from it by promising that there is some miracle waiting at the end of the election disputes, but that vein will run dry when The Pretender is installed.

This is a perilous time for the right-wing grifter. W.C. Fields once said, “Never give a sucker an even break or smarten up a chump.” That has been one unfortunate consequence of the Trump years. All those chumps that Conservative Inc. had been swindling for years got wise, mostly because the MAGA grifters were selling them the idea that conservative politics is just a scam. Now they believe it.

A question that will be answered in 2021 is where the Trump supporters go now that they no longer have a champion. Unlike the Perot people, the Buchanan Brigades, or the Tea Party, these people have had a taste of success. Those prior populist efforts all failed and when they did the ranks broke and that was the end. Some went back to the GOP and others dropped out entirely, but the movement was dead.

This time seems to be different. A sign of that is how quickly they abandoned Fox News over the election coverage. Even Tucker Carlson has seen a 50% decline. Trump will most likely try to capitalize on this reality by holding rallies and carrying on like a shadow president. There are strong signs that this group will rally around the idea of destroying the establishment Republican Party.

That is where you see the populist youth movement heading. Young Nick Fuentes has been holding rallies in the states with the most election fraud. Thousands show up to these things hearing a twentysomething say they will destroy the GOP. The popularity of the America First movement with young people has forced the grifters of Conservative Inc. to give lip service to populist causes like immigration and trade.

Floating atop all of this will be the administration of the Pretender Biden. This coming year will be when the reality of a dementia patient in the White House becomes more than just a joke. Biden is only lucid for a few hours a day, which has been fine as his handlers ran his campaign and now his transition. How is that going to work when he must perform the duties of the office?

No one seems to have thought about that, and in fairness, the plan very well may be to push him aside in the spring. A few months ago, Pelosi was babbling about a process to remove the president and everyone assumed she meant Trump. At the time, they were sure they were going to win the election, so most likely she meant Biden. Next year may bring the first example of democratic regicide.

Of course, that raises another issue. Most Americans think there was wholesale fraud in the election. Almost all of Trump’s voters think the election was stolen. How can The Pretender rule when close to half the people think he is illegitimate? If he gets the Epstein treatment and Willy Brown’s concubine is installed, how can the political class keep pretending that America is a democracy? That seems unlikely.

Given all the problems the ruling class of the American Empire has created in 2020, it is natural to assume 2021 must be better. The thing is, the bumbling fools who created this mess are still in charge. The odds of them working through these problems without creating more trouble are very low. It is entirely possible that a year from now, people will look fondly back on 2020 as an age of relative calm.