Old Macdonald Had a Problem 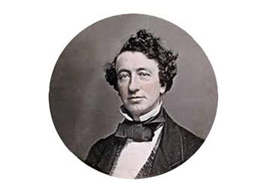 The story was duly picked up by a few other media outlets, then dropped just as quickly, attracting little public comment.

Perhaps no one wanted to dwell on Macdonald’s comments because, well, there are a lot of Chinese people in British Columbia today, with more on the way (judging by that official provincial website).

And wouldn’t you know it, “abhorrent” “Asiatic principles, immoralities and eccentricities” (such as gambling, smoking, bribery, fraud, queue-jumping, littering, the abortion of female babies, class snobbery, copyright infringement, feng shui, and primitive numerical superstitions) are as thick on the ground as spit.

Some grumble that Canadian universities have become “too Asian””that is, no longer fun, four-year frat parties. (One Quebec politician advised Montreal students rioting over tuition hikes to imitate their quiet, hardworking Asian classmates instead.)

Meanwhile, rampant real-estate speculation by mainland Chinese is threatening to implode Canada’s housing market. It’s already made it difficult for Canadian citizens to afford homes in Toronto and Vancouver.

Some Canadians have pushed back, literally. A few years ago, newspapers and human-rights busybodies were aflutter over the phenomenon of “nippertipping”: Recreational Chinese anglers mysteriously being “pushed into the water, fishing tackle and all.”

As it turns out, there was nothing “mysterious” about these attacks; Chinese immigrants had been “over-fishing, fishing illegally, fishing commercially, fishing all night and leaving garbage and human waste lying about, as well as crowding out locals and crossing fishing lines at popular fishing spots and then responding by saying ‘[I] don’t speak English.’”

Our latest “Asian” controversy concerns the proposed design for the new $100 bill, which depicts a female scientist peering into a microscope. Focus groups complained that the woman “looked Asian” (a perception apparently reinforced by the bill’s yellow tinge) rather than “Canadian.”

Tellingly, no one voiced the more relevant objection that insulin (the Canadian development of which is the design’s alleged theme) had been discovered by a couple of white men.

Like Banting and Best, Sir John A. Macdonald is long dead. His warnings about “Asiatic principles, immoralities and eccentricities” were condemned by his contemporary parliamentarians and are still being condemned by self-righteous careerists.

One reads of the Chinese condo owners in British Columbia who picketed a small hospice’s construction next door because “It’s a cultural taboo to us and we cannot be close to so many dying people.”

You can almost hear Canada’s first prime minister spinning in his grave.