On Sentimentality and Compassion 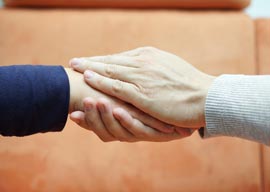 Worse still, though, the elimination of desert as a criterion of allocation of resources destroys both compassion and empathy. Need can be measured by checklist (and often is), but the assessment of desert cannot. It requires judgment, both moral and practical. To regard everyone as equally in need of compassion is the same as regarding no one as in need of compassion, for it is not humanly possible to sympathize equally with the unfortunate and the villainous. The demand for equal compassion is the demand for no compassion.

Of course, in the outlook that refuses in the name of compassion to make a judgment, the villainous are themselves victims of something: upbringing, social injustice, neurochemistry, or whatever it might be. So suffering is by itself an indication of victimhood: self-infliction cannot exist. No man can harm himself knowingly.

In the sentimental view all suffering requires assistance equally because all suffering is a manifestation of victimhood: if self-infliction were admitted, it would automatically entail the withdrawal of sympathy. This demonstrates the hardness of heart, as well as lack of realism, that lies (dare I say it) and the heart of the sentimental doctrine. For the fact is that we all inflict suffering on ourselves by our own foolish or bad decisions and are in need of sympathetic understanding. No one would withdraw all sympathy from someone who had lung cancer just because he smoked all his life in the full knowledge of the dangers. There is no need to turn him into the victim of something other than his cancer “ the tobacco companies, perhaps “ or to deny that he in part brought his condition on himself in order to sympathize with him.

The sentimental dehumanise the objects of their supposed compassion by denying them agency or full membership of the human race. It is true, of course, that there are pure victims whose suffering has not been wrought in the slightest degree by themselves such as my patient mentioned above; but there is also no doubt that we live in the baroque or even rococo age of self-infliction. One of the reason for the growth of self-infliction is the failure to recognize its existence even as a possibility.

No doubt the initial impulse to avoid the easy and uncompromising censoriousness of a bygone age was both understandable and laudable: but Man is not only a political animal, he is a judging animal. To pretend to make no judgments is to make a judgment, and one with bad consequences at that.