One Funeral at a Time 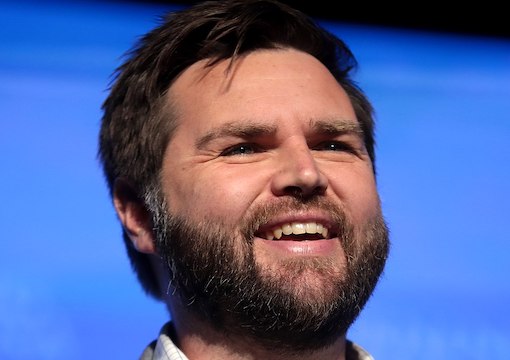 Since the middle of the last century, Ohio has been viewed as a bellwether for the mood of the American people. Presidential campaigns have focused on the state, believing it is always the key to victory. Only twice since the Second World War has Ohio failed to vote for the winner of the presidential election. Interestingly, those two outlier elections were marred by credible allegations of massive vote fraud.

Putting aside the fraud issue, Ohio’s centrality to the Dionysian theater that is American politics makes the 2022 Senate race worth watching. Two-term liberal Republican Rob Portman is retiring. This means there are two primaries this time. Primary campaigns are the most honest bit of politics as both parties are forced to publicly try to prevent the voters from picking a candidate who challenges Washington orthodoxy.

You see this with the Democratic Party primary. A year ago when the parties were plotting their campaigns, the Democrats assumed this was a seat they could win, so they landed on party stalwart Tim Ryan, a sitting congressman. A strong diverse female who hopes to be the next Ocasio-Cortez is in the race, but the party has made sure she gets no attention. This is why there has been no polling on the Democratic side.

“Political sentiment changes as the people with the old ideas die off and the people raised on the new ideas take over.”

The action is all on the Republican side. Trump won the state handily in 2020, and it is assumed the Republicans will hold the seat this November. There are seven candidates in the race, with five of them showing signs of life. Those top candidates are Mike Gibbons, an investment banker; former Ohio state treasurer Josh Mandel; Jane Timken, the former party chief; billionaire Mike Dolan; and venture capitalist J.D. Vance.

One of the things that jumps out about the candidates is none of them have ever had what most people think of as a job. Some people say investment banking is a job, but some people say bank robbery is a job. Most people, however, think financial legerdemain is worse than robbing banks. In the former, it is the people who suffer at the hands of the rich, while in the latter case it is the rich getting punished.

Of course, in modern American politics the great disqualifier is ever having spent time in the dreaded private sector. The political class will forgive just about anything, even extreme sexual deviancy, but they will never forgive someone for having done productive work among the Dirt People. Central to the identity of the Cloud People is avoiding those gross smelly people called citizens.

Another thing you see on the Republican side is the dominance of old white people who spend their days listening to Sean Hannity. Mike Gibbons is the current leader in the polls, and he is the quintessential baby boomer. His campaign is right out of the 1980s, aimed at people who still think conservatism is a real thing. He means well, but he has nothing to say about current-year America or the future his children and grandchildren will face in majority-minority America.

The fact is, politics does not change by getting people to reevaluate their beliefs and embrace the new ideas. Political sentiment changes as the people with the old ideas die off and the people raised on the new ideas take over. We see that with middle-class white people. The boomers were raised on civic nationalism, and they stick with it even though it has been a failure. When they die off, their politics will die off too.

Josh Mandel is currently the No. 2 man in the polls, and he is close to the ideal representation of clown-world politics. He has been in politics since he was a fetus, and he will say anything to get attention. Modern politics is show business for people lacking the talent for actual show business. That is Josh Mandel. He is currently doing a Trump act, but before Trump he was a moderate Republican. He is a man thoroughly lacking in conviction, thus ideal for the United States Senate.

The one interesting figure in the race is J.D. Vance. He is currently polling third, but has been slowly gaining ground. Unlike the other options in the race, Vance is offering a platform that matches the times. He talks about things that should matter to the people who vote in Republican party primaries. He also does so from the point of view of someone who respects the lives of those voters.

Understandably, people suspect Vance may not be sincere. After all, he made his bones telling Cloud People what they wanted to hear about Dirt People. His book Hillbilly Elegy confirmed what Cloud People thought about Dirt People and justified their relentless jihad against working-class white people. It was not intended that way, but that is how he and his book were treated by the beautiful people.

That said, he seems to have had some sort of road-to-Damascus moment. His Senate campaign often feels like it is about redemption rather than politics. He talks about class and economics in ways that put him well outside the two political parties. He is unabashedly populist, but in a thoughtful and intelligent way, rather than the bombastic theatrical style of his opponents, who wish to be Donald Trump.

A telling moment in his campaign was when he was assailed by the media over his relationship with Marjorie Taylor Greene. The mullahs in the media had just issued a fatwa against her for attending AFPAC. This is the high-energy youth group founded by Nick Fuentes that holds an event opposite CPAC. Vance refused to disavow Greene and said she did nothing wrong by attending the event.

Vance then followed up this incident with a new ad in which he looks into the camera and asks, “Are you a racist?” He then goes on to explain how drugs from Mexico are killing tens of thousands of Ohioans. The usual suspects in the media renewed their calls for a fatwa against Vance, but it went nowhere. Vance seems to be figuring out that the Dirt People are sick of the moralizing from the Cloud People.

The Republican primary is a month away, so it is too soon to know if Vance can keep gaining ground. Right now it is a race between the eternal boomer, Mike Gibbons, and the clown-world candidate, Josh Mandel. The rumor is that Trump endorses Gibbons as he is the sort of yesterday man Trump likes. How much that matters is hard to know, but the betting right now is Gibbons wins the nomination next month.

The good news from this race is that the GOP is shifting its focus to sound more populist in its messaging. Granted, it is a lie like everything else about the party, but it suggests the old lies are not working. The bad news is the party will continue to be stuck in the past until the baby boomers waddle off the stage. Political progress, like scientific progress, will happen one funeral at a time.