Oops, We Started a Race War! 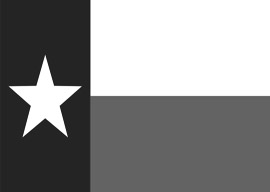 As the chaos unfolded late Thursday night in Dallas, I was struck by how many members of the media insisted the protest was peaceful and we have to remain calm. Who are these people, my high school teacher? I”m tuning in to learn how many cops are dead. My reaction to it is none of your business.

The reason these reporters were acting like teachers is that’s how they see themselves. They don”t just report the news, they Voxplain it. Of course, the problem with thought control is you need to keep correcting the course. First they tell us “racism is alive and well“ and we should be disgusted with our country, but when that starts a riot, they backpedal and tell us we”re overreacting. This is how socialism works. You circle-kick the pendulum away from a problem and when it goes smashing through the cuckoo clock, you scramble to swing it back the other way. The clowns on TV went to Cultural Marxism school so they”re not trained journalists. They”re trained socialists. This means they”re experts at propaganda and controlling the populace while having little or no interest in the truth.

On Tuesday, July 5, cops shot a Blood named Alton Sterling. The next day, police shot Crip Philando Castile. The media immediately played judge and jury, claiming Castile was “black and in the wrong place” and the Sterling case is proof that we “perpetuate racial group inequity.” Minnesota governor Mark Dayton said Castile’s killing was straight-up “racism.” Hillary chimed in soon after with “Alton Sterling Matters. Philando Castile Matters. Black Lives Matter.” Then Dallas happened. It played out just like Jesse Williams” recent BET speech wherein he warned, “We are going to have equal rights, or we will restructure their function.” Micah Xavier Johnson restructured their function, all right. Instead of saying, “Oops,” Obama doubled down, claiming the shooting was caused by “powerful weapons.” Jesse Jackson did the same and blamed Trump.

“We are totally obsessed with half a dozen black men as thousands die every year.”

Black lives matter, but so do the facts. Yes, innocent blacks are killed by police. I estimate about a dozen unarmed black men are killed by police each year, but only a small portion of them were not resisting arrest. How many were completely innocent is difficult to determine, but let’s say half. That means the threat of killer cops ranks up there with spider bites. The number of cops killed is over eight times higher. The stats get shifted around because blacks represent only about 13 percent of the population yet commit about half of all violent crime. It’s true that they are disproportionately stopped by police. It’s also true that there are a disproportionate number of problems with these stops. That doesn”t mean cops are corrupt”not even close. All it means is you”ve focused on a contentious area. We are totally obsessed with half a dozen black men as thousands die every year. A good 97 percent of black murders are at the hands of other blacks. As Paul Joseph Watson points out, “It would take cops 40 years to kill as many black men as those who died at the hands of other black men in 2012 alone.” I”m told that these cases don”t matter because we already know gangsters are criminals, but surely the numbers have to play a part at some point. The police are not your enemy, black America”you are. When reading books is considered “acting white“ and when “pimp” is a compliment, you”re doomed. However, when you follow in the footsteps of, say, Thomas Sowell, Taleeb Starkes, Sheriff Clarke, Kevin Jackson, Allan West, Sonnie Johnson, and That Guy T, you can get past the 1960s and participate in the modern world. This is not half a century ago and German shepherds are not waiting to attack you.

The mainstream media and politicians who poured gas on the fire are culpable for the five officers we lost in Dallas Thursday night, but that doesn”t mean we absolve the black murderers. If I were told people of Scottish heritage were being hunted by police, I”d look it up before flying off the handle. Seeing a Facebook meme or a tweet doesn”t count as evidence. BLM and the rioters in Ferguson were taking a rumor and charging headlong into revenge without a second thought. Colin Flaherty says, “Don”t Make the Black Kids Angry” and that may be true, but it doesn”t mean the black kids aren”t culpable. They”re not animals. What many of them are is people looking for an excuse. The working title for Jared Taylor’s book Paved With Good Intentions was Black Failure/White Guilt. Racism is a fast, cheap, and easy way to explain incarceration rates and black poverty. It’s a simple answer to a question that keeps coming up again and again. When a tribesman asked Jared Diamond, “Why does the white man have so much cargo?” he wrote an elaborate tome blaming white success on guns, germs, and steel. It’s all a befuddled quest to avoid sociobiology and eugenics. This is why George Soros funds these protests. As the son of a Holocaust survivor his motive is eugenics last, everything else first, even rioting.

The left is petrified of this kind of thinking not just because they fear another Nazi party but because they themselves are National Socialists. They know that finding genetic differences means genocide because that’s the way they handle problems. In a sense, they”re scared of their own system and the ruthless punishments it will inflict. The beauty of being a small-government conservative and a libertarian is this stuff never comes up. We don”t care what your group’s genetic predispositions are. If you personally can do the job, welcome aboard. If you can”t, well, sorry, but welfare is only going to make things worse. We”ve seen what happens when the elites try to control people with propaganda and lies. It starts race wars. It may hurt journalists to know they wasted their time in college learning the merits of Marx, but it’s the truth. Like them he was a spoiled brat who never worked, and his system doesn”t work. Here in the real world we”ve learned the only thing that works is freedom, and that includes freedom from government programs meant to fix us. We”re losing our heads right now and socialism is a big part of it. Remember, if you”re not a socialist before you”re 25, you have no heart; if you are a socialist after 25, you have no head.