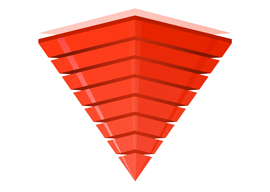 There are multiple ironies here. As you”ve probably noticed over the years, women’s colleges tend to be taken over by lesbians. As a young lady told me on New Year’s Eve 1981 in Manzanillo, she”d transferred from Smith College to Stanford because she liked men, which made her unpopular at Smith. Expensive female-only colleges like Smith and Wellesley have traditionally provided a protected sandbox where lesbian feminists who feel the urge to dominate other people, but can”t compete in leadership charisma with men, can control more docile girls without fear of the pretty girls being distracted by genuine boys.

But in recent years, an arms race has set in at women’s colleges, with a few attention-seeking lesbians declaring themselves to be “men.” Even though academic dogma says that gender is just a social construct with no biological basis, some of these “trans-men” shoot up with male hormones, and a few even have had themselves surgically mutilated.

Not surprisingly, their testosterone doses make them even more aggressive and effective at imposing themselves upon campus culture.

For example, at Wellesley a girl announced she was a boy named Timothy and became the only candidate running for multicultural affairs coordinator. Some Wellesley women started a campaign anonymously (fearing retribution from ferocious trans activists if they dared reveal their names) to abstain from voting for Timothy on the grounds that:

Of all the people at a multiethnic women’s college who could hold the school’s “diversity” seat, the least fitting one was a white man [sic].

“I thought he”d do a perfectly fine job, but it just felt inappropriate to have a white man there. It’s not just about that position either. Having men in elected leadership positions undermines the idea of this being a place where women are the leaders.”

Of course, Timothy had the ruling rationale of the age at hand to swat down such impertinence:

He [sic] pointed out that he has important contributions to make to the MAC position. After all, at Wellesley, masculine-of-center students are cultural minorities; by numbers alone, they”re about as minor as a minority can be.

And today, being about as minor as a minority can be means you are on the right side of history and therefore deserve to inflict your seemingly private dramas on everybody else.

Timothy and other students hopped-up on prescription testosterone are bullying Wellesley to jettison its traditional value of “sisterhood” in favor of “siblinghood” so that they don”t feel “emotionally unsafe” (which might be the least manly worry imaginable).

For Wellesley girls with a more natural balance of sex hormones, the thrusting belligerence of the Timothys is troubling, but also difficult to say no to. After all, hundreds of millions of years of evolution have molded them to feel sexually submissive to higher testosterone individuals:

Another difficult conversation about trans students touches on the disproportionate attention they receive on campus. “The female-identified students somehow place more value on those students,” said Rose Layton, a lesbian who said she views trans students as competitors in the campus dating scene.

For nice young ladies who just want to fit in under the reigning power structure and do the socially appropriate thing, the rise of the pretend men raises delicate questions of etiquette:

“I felt for the first time that something so stable about our school was about to change, and it made me scared,” said Beth, a junior that year, who asked to be identified by only her middle name because she was afraid of offending people she knew. “Changing “sister” to “sibling” didn”t feel like it was including more people; it felt like it was taking something away from sisterhood, transforming our safe space for the sake of someone else. At the same time, I felt guilty feeling that way.”

Poor Beth took her uncertainties to her Residential Advisor. As on so many campuses these days, the job of RA seems to attract budding social engineers, junior varsity Joe Stalins. So, after being set straight by her RA, Beth concluded:

“I realized that if we excluded trans students, we”d be fighting on the wrong team. We”d be on the wrong side of history.”

And these days there’s nothing much you can say after hearing you are on the wrong side of history.

Except this: liberalism has metastasized into freedom for aggression.