Photographers: The First Casualties of War 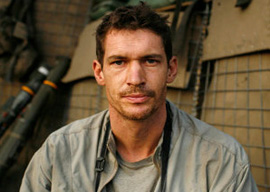 With brave documentarians as our witnesses, we cannot plead, as so many at Nuremberg and subsequent war-crimes trials did, that we did not know what was going on. We know full well what happened in Vietnam, Laos, and Cambodia largely thanks to them and the whistleblowers who helped them. We know also what is happening in Iraq, Afghanistan, and Libya due to their efforts and the risks they take. Without them, the official history would tell our children that these were righteous wars, nobly fought and honorably pursued. Actually, the official histories usually teach just that. But the eyewitness accounts, the photographs, and the other visual and aural records of the conflicts provide the basis for more thorough histories. These are the accounts that all of us should read when we leave school and begin our real education.

About twenty years ago, Peter Jennings, then ABC News” anchorman with endless war experience of his own, presided at the unveiling by the Overseas Press Club in New York of a tablet on which were inscribed the names of journalists killed in the line of duty. After the ceremony, I remember Peter lingering for hours speaking to the spouses, children, and parents of the people whose lives and careers he had been praising. To them, it was hard to justify the choice to face danger head-on. Peter would never have been reduced to platitudes such as “Their deaths were worth it” or “Those are the risks we all take.” Rather than justification, he offered sympathy. This took place before the ranks of slain journalists grew exponentially in the Balkan Wars and the past generation’s many other conflicts. The Committee to Protect Journalists estimates that 861 journalists have been killed for their work since 1992.

Phillip Knightley entitled his great history of war correspondents The First Casualty based on the statement, alternately attributed to Aeschylus and Senator Hiram Johnson, that the first casualty of war is truth. Thanks to people such as Daniel Pearl, whose young life was taken by fanatics, and David Blundy, murdered by a sniper in El Salvador in 1989, the truth occasionally breaks free of propaganda and orthodoxy. It is partly to honor them that I have commissioned a book from Phillip Knightley that collects the year’s best war reporting in one volume, which Charles Glass Books will publish annually. (Please email your 2011 entries to me, and I will pass them along to Phillip.)

He died with them: an explosion on the town’s mortally dangerous Tripoli highway “ the frontline in the battle between forces loyal to the Libyan leader Muammar Gaddafi and the rebels trying to unseat him “ killed him and his friend, the US photographer Chris Hondros. At least eight other civilians were killed in fighting that day, a fact Hetherington would have been at pains to ensure was not forgotten.

That speaks well of Tim Hetherington and other people like him who are trying to tell you that the wars you pay for and believe in are not all you imagine them to be.