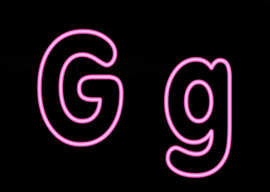 The titular story, third in line, started out terrific; here comes the spooky archaeology at last!

But just as the action got going it ground to a halt in favor of a graphic and tiresomely anatomical sex scene:

She was swamp-wet and feverishly hot. His middle finger curled over her pubic bone and found the faint rough patch of her G.

Yes, he said “G” instead of “G-spot,” because I guess that was the hip new slang in 1987. I actually groaned, and not with feverish hotness: My sharp disappointment at a story that began as a cerebral pleasure finally drove home for me what a pleasureless drag the modern sex scene is. Just so the writer can show off the new synonym he found in his thesaurus for “lick” or “stroke,” you”re expected to stop and wait for two strangers” boring hormones to run their course before you can get back to the intellectual stimulation”which is what books are for, right? I don”t recall there being any “vibrate” option when I bought my Kindle.

That being said, I love a good satirical sex scene: the painfully funny moment when a Kingsley Amis hero realizes how terrible he is at being a mammal. And Ana Kai Tangata is not devoid of such; one of the best-used motifs in the book is a buildup of hysterical guilt over male sexuality, a modern plague which Nicolay explores in brilliant metaphors. Once you get past the poor-white-bashing in “Phragmites” the rest of the collection is fairly clear sailing through the interesting waters of what is indeed a solid talent.

I”d just like to see Nicolay sit down and question a few of the givens he’s accepted from the overall culture, as we all must do from time to time. Look, gang, we”ve done sex to death now. You can only grind the parts together in so many directions. Replace the last steamy scene you wrote with the simple closing of a bedroom door (or spaceship airlock, or curtain of greenery) and I bet you the sum total of your lifetime royalties that it will not harm the book in the slightest.