President in Name Only 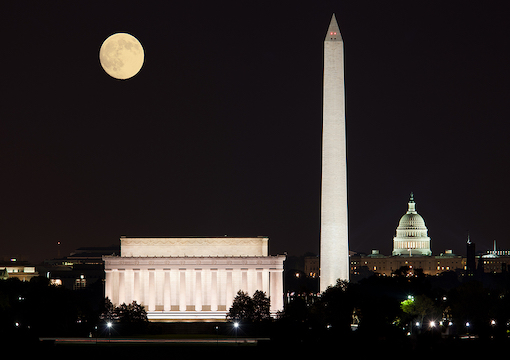 In AD 65, unrest spread throughout the Roman Empire, in response to the increasingly despotic rule of Nero. It started with the Pisonian conspiracy, which was an attempt to restore the Republic. Nero’s suppression of it reduced his support in the Senate, which led to further instability. In AD 68, Gaius Julius Vindex rebelled against Nero’s tax policy in Gaul. His plan was to replace Nero with a provincial governor named Galba.

This revolt was put down by the legions stationed at the border with Germania. Vindex committed suicide and Galba was declared an enemy of the state. The instability opened the door for an ambitious Praetorian Guard prefect to launch a plot whereby the guard would shift their loyalty from Nero to Galba. Not long after, Nero committed suicide and what followed was the Year of the Four Emperors.

The relevance to this age is that what followed was a long period in which the real power in the Roman Empire had no official role. The Praetorian Guard could make or break an emperor, so they had real power, but they existed outside the rest of the political structure. The American Empire appears to have entered a similar period, in which it is not entirely clear who is in charge of the state.

“Why have elections if the whole thing is nothing but a show?”

This was made clear last week when Joe Biden held his first official press conference of his administration. Biden was disoriented and slow in his responses, even though the questions were submitted in advance and he had prepared answers. At one point he stopped pretending and just read a statement about North Korea off his sheet. His struggle to do that underscored the fact that he is president in name only.

Now, this is not a revelation. During the campaign it was clear that Biden was a shambling husk of a man. The internet was full of hackneyed jokes about his campaign being “Weekend at Biden’s” or operating out of a nursing home. It was clear that while Biden was the candidate, he had no role in his campaign, other than to shuffle out on stage when told to by his handlers. He was just a figurehead.

To be fair, few politicians in the modern age have control of their lives. They are more like prizefighters than political leaders. An organization exists around them that is composed of the interests financing their campaigns. The job of the politician is to perform when needed, but the day-to-day running of his office and political life is left to the professionals who manage him, just like a prizefighter.

Even so, it is assumed that the organization that forms around a politician is an organic thing, arising from his popular appeal and stated positions. Rand Paul Inc. is the result of Rand Paul being a goofy libertarian. Chuck Schumer Inc. is the result of his crisp understanding of whose interests he serves. Wall Street did not hire Chuck Schumer as their senator. They were drawn to him by his willingness to serve their interests.

With Joe Biden, we have something different. An existing organization, most likely the remnants of the Obama administration augmented by units from the semipermanent ruling class, has installed Biden as the titular head of the cabal. Most likely, they auctioned off the VP slot. Kamala Harris proved to be as popular as rectal cancer in the primaries, but she somehow ended up as VP.

The result is we have the first purely theatrical presidency. Biden-Harris are just actors playing a role. Neither of them has any say in policy. Biden is unable to form enough sentences to articulate anything more than a lunch order. Harris is just a marionette that no one would bother asking for an opinion. Biden’s struggles with dementia underscore the absurdity of her placement on the ticket.

All of this makes for some amusing commentary, but running the empire is serious business and it has an impact on our lives. The whole point of popular government is the people have some say in who is in charge and hold them accountable. If who is in charge is a secret, then the whole reason for popular government goes out the window. Why have elections if the whole thing is nothing but a show?

The Praetorian Guard problem for Rome lasted until 312 AD when Constantine defeated them at the Battle of the Milvian Bridge. Things move faster in this age, so it will not take 300 years for the problem of a shadow government to be resolved. It will not take a few emperors before people figure out we have a shadow government that is beyond the reach of the official political system.

The question for now is who is really in charge? The Praetorian Guard were visible for all to see, even if their role was not always clear. Our shadow government operates outside public view. Wall Street and Silicon Valley provide the money, for sure, but who is the hub of this wheel of intrigue? Who is running this conspiracy of shadows? Biden’s sad performance is putting that question in everyone’s mind now.