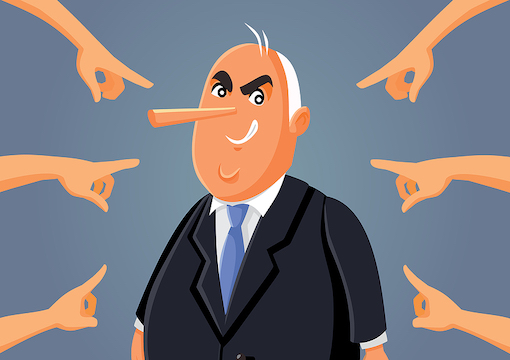 Theoxeny is a theme in Greek mythology in which mortals demonstrate their virtue by extending hospitality to a complete stranger, usually one who is humble like a beggar or a poor traveler. The stranger turns out to be a deity in disguise. The man who is a generous host, thus displaying his piety, is rewarded, while the man who refuses to extend hospitality is punished for his lack of piety.

For the ancient Greeks, hospitality toward foreigners and guests was a very important moral obligation. Zeus is sometimes called Zeus Xenios because of his role as a protector of strangers. The name Xenios is derived from xenos, the Greek word for “stranger.” To have Zeus, the ruler of the gods, embody the moral obligations around the treatment of strangers speaks to the importance of the practice to the Greeks.

In the new religion of the American ruling elite, there is a similar sort of ritualized hospitality toward strangers. It is primarily expressed in the form of open borders, the admittance of anyone who has a reason to settle in America. The reason does not need to make any sense. It just has to provide the ruling class with the opportunity to tell one another how much they care about these strangers.

“This is not about you, as they don’t care about you. It is about piety within the managerial class itself.”

In the past week, all corners of the ruling class have demanded that America import as many Afghans as possible. Granted, none of the people demanding the importation of these Neolithic barbarians plans to house them in his home. It is not about actually helping the people they claim to love. You see, the demand to import Afghans into your neighborhood is part of a ritual demonstrating their virtue.

In prior ages, the ruling class might sacrifice a bull and underwrite a great festival as a way to display their piety. In the Middle Ages, the great men would build cathedrals to show their devotion to the Cross. Today, the great and the good import people from around the globe into your neighborhood. This is not about you, as they don’t care about you. It is about piety within the managerial class itself.

National Review provides a handy example. The editors tell us how much they care about these people they do not know and will make sure to never know. “We have a direct moral responsibility to these people—they risked their lives and those of their families to aid our effort, often with the understanding that we’d get them out if the Taliban returned to power.”

Conservatives love throwing around the word “we” when it comes time for you to pay for their failures. National Review was not having any of that “we” stuff back in 2016 when they were coming to terms with Trump. Here is David French telling white people to suck it up and take responsibility for themselves. Here is the corpulent Kevin Williamson calling you a Nazi for thinking that “we” should have a say in things.

In fairness to the mouth breathers of conservatism, theoxeny afflicts the left side of the ruling class as well. The difference is they view themselves as the full expression of the general will, so they take a more subtle approach. Here is The Washington Post telling us that “we” are joyously welcoming these Afghans, but those wreckers out there questioning the wisdom of this must be dealt with lest they sow doubt in the minds of the righteous.

It would take a heart of stone not to laugh at the arrogance. The people in Texas and Wisconsin suddenly having to deal with grooming gangs were never asked, never consulted about this policy of dumping Afghans into their towns. Why would the people fond of using the majestic plural ask the dirt people for their opinion? Why would they question a policy that clearly shows the compassion and virtue of our rulers?

This is not a psychosis exclusive to America. Boris Johnson has announced that Britain will take in Afghans. Apparently, Rotherham needs a topping-up. French president Emmanuel Macron also wants Afghan refugees. If you are wondering what everyone will be getting for Christmas this year, there is the answer. Europeans will wake up to find an Afghan family under their tree.

Notice there is no debate about whether these people should be rescued from the new rulers of Afghanistan. It is just assumed that because they were willing to work with the invaders that they are good people. The people with a fondness for throwing open the gates for the enemy feel a kinship with the Afghans who were happy to collaborate with the empire against their own people. It says a lot about our rulers.

Of course, the fact that they feel no duty to make their case to the people they supposedly represent tells us all we need to know about our rulers. They feel no duty to explain how they created this mess. Every day they roll out a new wave of lies to explain yesterday’s lies. One can be forgiven for wondering if they actually hate the people they claim to represent. After all, if they hated us, what would they do different?

What the events of the last week are bringing home is that the managerial elites running the American empire see themselves as a distinct class with its own morality. The rest of us, the people they are supposed to represent, are just the rabble they have to shelter inside the castle walls from time to time. If the rabble speaks Pashtun, English, or a Mayan dialect, it does not matter. We all look the same to them.

This is why they have no shame over this debacle. In order for one to feel shame, one must have a sense of moral duty. The moral posturing over these Afghan traitors is not for our benefit. It is just a positional good inside the ruling class. These theoxenian customs and rituals are about the elites signaling their piety to one another. It is a way for our betters to remind themselves that they are our betters.