Psychos and Zombies: Mutant Spawn of the Great Recession 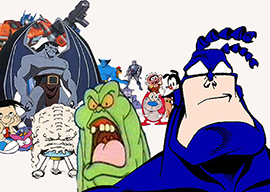 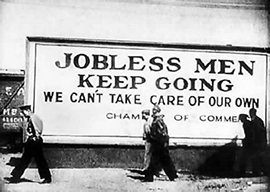 Back at the Great Depression’s onset in 1929, the most famous media images of financially compelled suicide were of formerly wealthy stockbrokers jumping to their deaths from skyscrapers in response to sudden economic shifts. But today’s grand gestures of financial harakiri are being committed by formerly middle-class Average Joes who finally snap after years of being ground down into socially imperceptible microdots.

For at least a generation, our major media machines have paradoxically extolled the wealthy and championed the “oppressed” while ladling out pure derision for everyone stuck in the middle. While reporters focused their cameras and pointed their microphones at issues of sexuality and ethnic diversity, our manufacturing base was quietly being dismantled and shipped overseas. While journalists flew down to Mississippi in mostly fruitless searches for racial hate crimes, they ignored”or even laughed at”the fact that the middle and working classes were being lynched en masse.

And while jobs went that-a-way, tens of millions of immigrants came this-a-way, many of them openly hostile to their new host country. Economic globalization seemed designed to benefit American investors and non-American workers while it blithely fucked over everyone else and didn”t mind snapping a few necks in the process. Large swaths of the populace wound up feeling entirely unheard and unrepresented”to me, the political right only seemed to care about American investors, while the left only cared about non-American workers and any other possible cultural/ethnic/gender/sexuality/species permutation that could be perceived as hostile to economically unremarkable white American human males such as me.

And with each successive devaluation of what it formerly meant to be a proud American worker”every outsourced job, every imported illegal scab, every switch from full-time to part-time, from W-2s to 1099s, every slashed vacation week and insurance benefit, every stagnant or even decreasing wage”we were expected to shoulder a little more of a rib-crushing national debt that we had no hand in creating. And God forbid we made a peep about any of it”we were expected to buck up, swallow our pride, and shut our fucking mouths because no one was listening, anyway. In hindsight, the last generation’s nonstop multicultural brainwashing seemed little more than an orchestrated attempt to force us to accept people who were willing to accept wages lower than we were willing (or able) to accept, all while forcing us to accept taxes that we”d never accept if we weren”t forced to accept them.

Sorry, but I can”t accept that.

Class war seems far less likely when a middle class still exists as a friendly, if aesthetically unexciting, buffer/referee. But middle America’s carcass is being systematically carved away to the point where we”ll reach Mexico’s level of income inequality in about thirty years. Pardon me for sweating the fact that American conditions are oozing downward toward those in Mexico. I”ve been to Mexico. I”m happy that for the time being, I”m able to tell the difference.

I”m not a greedy man. For me, the American Dream now consists of dreaming that one day I”ll be able to get out of America.

I”d be happy if we were all wrong, but everyone I ask says they expect things to get worse. They don”t feel as if they”re “standing on shaky ground” so much as they”re sinking in quicksand or standing on a creaky trapdoor with a noose around their neck. For now they bite down on their lip and try to contain the restlessly roaming Anxiety Monster inside. They clench their teeth, strain their muscles, and try to clamp down on their worry, rage, and sense of betrayal. At least in part, they must shut down emotionally and function as zombies.

The only other option is to go psycho. If things get worse, expect a lot of zombies to switch sides.