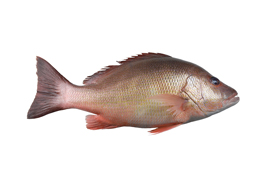 “Well, think about the visual we”re giving people here. The word “grab” implies grasping, taking a firm grip. I could understand if it was a woman doing it to a man”that would be easy, because there’s something to grab. “Grab.” Perfect word. How do you grab in the first place?”

“You know, the guy in Brooklyn who’s been arrested 169 times for groping women on the subway. Every time he gets out of Riker’s Island, the cops just follow him to the subway, wait for him to make his move, re-arrest him, take him back to Riker’s.”

“We should ask Gian if it’s a grab or more of a rub. But if it is a grab, what are the mechanics of that?”

“To figure out exactly what he was planning to do. Or what he did do.”

“Yeah, right, Stewart, all they care about is the word pussy.”

“I don”t think so. George Carlin called it a snapper. Is that offensive to women? I think snapper is worse than pussy, and George Carlin said that on tv.”

“You know what? I”ve been in hundreds of locker rooms, and I would say that, of the top fifty things men talk about doing to women, pussy-grabbing is not even on the list. This is more of a fetish. This is a weirdbeard billionaire real-estate developer thing.”

“So why do we care whether or not he said pussy, as opposed to beaver, box, furburger, baby cannon, quim, vag, or sausage wallet?”