Return of the Anti-Interventionist Right 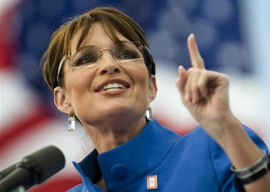 In Afghanistan, Gates seemed to warn the White House not to make too large a withdrawal of forces in July, when President Obama begins to reverse the 30,000-soldier surge of 2009.

What explains the shift in political and public sentiment away from military interventionism?

First, the length and cost of the wars in Afghanistan and Iraq—the first in its 10th year, the latter in its eighth—with their endless bleedings of American blood and treasure for inconclusive results.

Over 6,000 dead, 40,000 wounded and $1 trillion sunk, with a real possibility a U.S. pullout from Iraq in December could result in civil war, and a fear that the Afghan War, where the Taliban now conduct jailbreaks of 500 men in Kandahar and fight on the Af-Pak border in battalion strength, may ultimately be lost.

A second cause is our fiscal crisis. America cannot afford any more wars, or more billions in foreign aid to balance budgets of Arab countries whose treasuries have been looted by departing despots.

Third, there is the sense in Congress that it has let itself be steadily stripped of its constitutional power to declare war.

Historians now believe Congress was misled or lied to when it approved the Tonkin Gulf Resolution authorizing LBJ to attack North Vietnam.

While George H.W. Bush got the support of both houses for Desert Storm, Bill Clinton launched his war on Serbia in defiance of a House vote not to authorize it.

George W. Bush got congressional approval for the invasion of Iraq by declaring that Iraq possessed weapons of mass destruction it did not have. We went to war for nothing.

Finally, the Libyan war Obama entered, egged on by Britain and France, but without the support of Congress, makes little sense.

Though Gadhafi is a repellent figure, the architect of the Lockerbie massacre, we have no vital interest in who rules Libya. Yet when Gadhafi falls, it will now be up to us to see to it that Libya is united and repaired and has a democratic government.

Obama has already committed us to take the lead in a $40 billion rescue of Egypt and Tunisia. Can we also afford to rescue a Yemen that is in terrible shape and a Libya that has been at war for months?

The return of the anti-interventionist right is welcome news. It may assure a real debate on foreign policy in the Republican primaries of 2012.