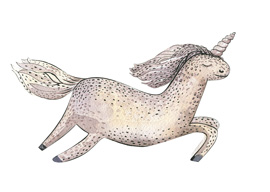 If you prefer a less abrasive word than “evil,” then try “sinful” on for size. What else do you call those who want to steal your money and destroy your life? Who compulsively lie? Who are fine with Muslim slime raping other men’s women (or even their own) as long as nobody calls them “racist”? Who consider abortion a secular sacrament?

For too long, William F. Buckley has been held up as the aspirational standard. He famously counted among his friends and acquaintances individuals on the other side of the aisle. But why? If you believe, as Buckley allegedly did, that abortion is murder, how can you in good conscience entertain anyone who believes otherwise? Unless you”re just a careerist phony and possibly on drugs oh wait…

In Buckley’s magazine, Dennis Prager recently opined that cutting ties with family and friends who supported a candidate other than your own is almost exclusively a left-wing phenomenon.

But that’s actually one thing the left gets right.

Conservatives like to tsk, “Who would shun someone just over their politics?”

But it isn”t “just politics” unless you consider elections nothing more than a sort of team sport.

I”m continually amazed by the number of otherwise intelligent, staunchly right-wing men I”ve heard about whose wives voted for Clinton (or, up here, Justin Trudeau). Why did they marry these females? Men are supposed to be the smart ones, but if you picked your wife based on her bra size instead of the setting of her moral compass, then you”re not as bright as you think you are. I never would have continued dating my now-husband if our core beliefs didn”t line up. That’s just Marriage 101.

It’s not that life is too short, it’s that it’s too long“too long to waste time being “friends” with people who, deep down, hate who you are.

So let’s stop pretending we think leftists are just “wrong.” Come on: We all know they”re actually stupid and dangerous. Can we stop playing nice at long last?

(Oh, and if anybody at Lake Superior State University has snagged this column in their Google Alerts: Should your Creative Writing department ever be in the market for a guest author, I”ve got my unicorn hunting license right here.)