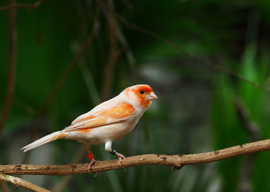 Besides, there is more to freedom than the ability without retribution to denounce the power, important as this ability is. And as the Parisian taxi drivers described their lives, they did not in the least feel free, rather hemmed in and almost straitjacketed by regulations, obligation, and taxation. And although France has a reputation for being an overregulated state, it is not really very different from any other Western country. And, paradoxically perhaps, markets, in the sense of places where you actually go to buy things, are much more important in France than in some more market-orientated economies that I could mention.

The lack of freedom in their daily existence of which the Parisian taxi drivers complained is, I think, the same lack of freedom that many other people increasingly feel in so-called free societies. And this is so whether or not the regulations and obligations that hem them in or straitjacket them make us richer or poorer, safer or less safe, healthier or less healthy. Freedom is freedom, and not another thing.

Of course, it was the capital that they had managed to amass in France—no doubt slight by European standards, but great by African—that would allow the Parisian taxi drivers to feel free in the Africa to which they would return, much freer than they now felt. They had already built their houses and started their businesses, such as cinemas, taxi services, and general stores in towns that did not have them. They would deal in local products and perhaps even export them. And in mounting their enterprises, they would be far freer than any person in a Western country. Perhaps they would have to pay off an official or two, but that done, they would suffer little bureaucratic interference. As for political power, it did not interest them within quite wide limits. What they demanded of politics was noninterference.

In short, their decision was well considered and not in the slightest absurd. They would, of course, keep their French passports just in case the conditions of Africa’s first dance of freedom recurred, so that they would always have a bolt-hole; but I nevertheless found what they had to say of interest. I have always found taxi drivers to be the canaries in societies’ mines.