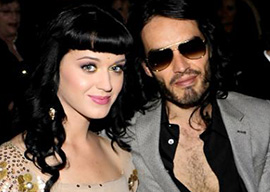 The stockings are hung by the chimney with care, but if you”re at a loss for last-minute gifts, take a cue from Katy Perry and Russell Brand and celebrate a present-less Christmas. Perry said they”re foregoing the presents this year in favor of a holiday “experience” instead. Their lavish Indian nuptials a few months ago was apparently the only gift they needed. And Perry’s extravagant on- and off-stage outfits are also coming in handy”she’s donating some clothes to charity for the holiday season.

With the end-of-year frenzy inevitably comes some awkward face time with exes. Simon Cowell and fiancÃ©e Mezghan Hussainy are relaxing in the Caribbean, but the cantankerous judge’s ex-girlfriend and other friends are also sailing on Cowell’s boat. His ex Sinitta tweeted a vague “If this was Dynasty, I seem to have found myself cast as Alexis! Against type but a great role.” And this is why a Twitter moratorium should be enacted during the holidays. Whatever happened to bottling up jealousies and rage instead of leaking them out passive-aggressively, one tweet at a time?

The Spider-Man musical is living up to its expectations as the most dangerous, scandal-ridden Broadway production in history. A stunt Spidey fell onto the stage earlier this week after a cable snapped and he was whisked away to the hospital. That night’s show ended abruptly. Now, Great White Way vets are casting a web of negativity on the Julie Taymor-directed debacle. Tony winner Alice Ripley asked “Does someone have to die?” and said “This is completely unacceptable and embarrassing to working actors everywhere.” Non-working actors, though? Probably wouldn”t mind a little dangerous swinging from the ceiling”providing it comes with hazard pay.

If a Jersey Shore DJ plays music in a crowded room, will anyone stick around to listen? DJ Pauly D is the guinea pig is this equation. Beating The Situation and Snooki to the punch, in September he shot an MTV pilot chronicling his life. It’s expected to air sometime next year after the latest Jersey Shore installment kicks off January 6. 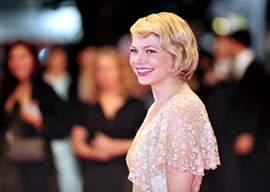 Michelle Williams is slowly talking about her ex Heath Ledger’s sudden and tragic death. The 30-year-old said “I”ve found meaning around the circumstance, but the actual event itself still doesn”t…I can”t find meaning for it.” It’s been nearly three years since Ledger’s death, and she’s since been raising their five-year-old daughter Matilda and making quiet but astounding turns in indie films, with the most recent, Blue Valentine, garnering Oscar buzz.