Saviors of the Silver Screen 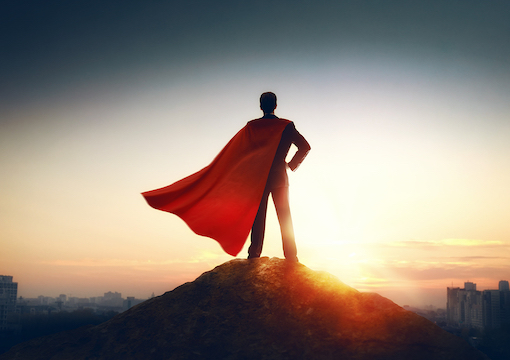 Superhero and comic-book movies are the new rock & roll. Like rock, they were originally a passing fad understood to be for children. Now, however, they are a multibillion-dollar industry that caters mostly to grown men. These movies have become one of American capitalism’s chief entertainment exports to the rest of the world.

Comic-book movies are successful because they are built on nostalgia and are the safest of safe bets. They remind audiences of their childhoods and of a better time in American history. This is important not just for the American box office but for the global box office as well. The promises and icons of 20th-century America are part of the dwindling cultural capital that 21st-century America runs on.

When audiences see these familiar characters they can pretend this chaotic and depressing century isn’t happening. Things aren’t going to get worse. Things haven’t even changed so much since they were kids. Not if there’s a new Star Wars, Indiana Jones, or Batman movie right around the corner.

The superhero’s rise has also coincided with our culture’s thorough and profound embrace of fantasy. The spirit of our time is obsessed with transcending the limits of being human. This is part of Elon Musk’s program, as well as the millennial fascination with witchcraft and the occult, but on the mundane level there are those believing they can fundamentally transcend their sex, age, and race. We have updated Obama’s famous line from 2008 to “We are the Übermensch we have been waiting for.”

Hollywood loves superhero movies because there is no definitive conclusion to them. The characters never really die and if they do the series can always be “rebooted” (as they now say) a few years later with a new cast. The ending of every Marvel movie teases the premise for the next one. That they’re a safe bet and can be spun out for endless sequels has meant Hollywood’s bottom line loves the superhero.

“When audiences see these familiar characters they can pretend this chaotic and depressing century isn’t happening.”

The superheroes have also done Hollywood another favor. They replaced that expensive feature of 20th-century filmmaking: the movie star.

Gone are the days when a blockbuster meant Warner Bros. or Universal shelling out millions of dollars to fickle stars such as Warren Beatty or Dustin Hoffman for an original film that may be a complete disaster. Now Hollywood can just hire desperate, unknown actors to make a movie from an existing intellectual property. An intellectual property with built-in appeal, marketable to all ages, and known around the world. The star doesn’t sell the picture anymore and Hollywood loves it. (Robert Redford even agreed to be in one of these superhero movies because he “wanted to experience this new form of filmmaking that’s taken over.”)

In a way it’s the old business story. Superman is an immigrant (a refugee from Krypton) brought to America to drive down the wages of our (movie-star) workers. But I’m sure the way Superman’s employers at Warner Bros. tell it, saving planet Earth and delivering strong opening-weekend box office was “another job Americans just don’t want to do.”

This all means that there are no new true movie stars to replace the old ones. Sure, people will go see Chris Evans if he’s playing Captain America. But if it’s just a movie starring Chris Evans…they will not see it. (You might be Googling “Chris Evans” right now to make sure you’re not confusing him with Chris Pratt, Chris Pine, or Chris Hemsworth.)

As commercially successful as these superhero movies are, they are the antithesis of the romanticized era of filmmaking from the 1970s. That is one reason superhero movies have recently drawn the hatred of that premier 1970s auteur, Martin Scorsese.

A few weeks ago the director disturbed a hornet’s nest by saying Marvel superhero movies are “not cinema.” He said the closest thing you could compare them to are not movies but theme-park attractions. This started a reaction from other directors who now felt free to pile on against Marvel. They blame these movies for crowding out smaller films and pushing cinema’s visionary directors (such as…themselves) to work for—gasp!—television. Francis Ford Coppola called these movies “despicable.”

Superhero movies are also like rock & roll in that criticism triggers an outpouring of protests and menacing letters to the editor from their defenders. This is especially the case when the criticism is that they are dumb and for the immature. As the singer Jim Croce warned in a 1970s top 10 hit: “You don’t tug on Superman’s cape.”

The truth is that the quasi-religious popularity of superheroes is another sign of cultural doom. Men who should’ve graduated beyond them at, say, age 9 carry with them a profound devotion to these heroes, brands, and franchises. There’s a popular YouTube video of a young man watching a preview of the newest Star Wars movie for the first time. He literally starts sobbing. I’d pay good money to see what General Patton would say, and do, to that man.

It’s not just young men who are embarrassing themselves. The great British actor Richard E. Grant broke a review embargo after seeing an early screening of the new Star Wars movie. His review reads less like an opinion of a movie and more like how Mary Magdalene might have described a risen Jesus:

Just seen the 1st cast screening of @starwars #THE RISE OF SKYWALKER. What it achieves, weaves & resolves, is a total emotional meltdown & resurrection of the Spirit.

Richard Grant is 62. This can’t even be childhood nostalgia leaking as he would’ve been 20 and out of his teenage years when the original Star Wars arrived in 1977.

It’s no wonder Scorsese received so much blowback from superhero fans. This is a kind of religion to them; Superman a kind of 20th-century American messiah. There have even been popular, unironic pop hymns to Superman. Of course, The Simpsons once made a joke about Superman becoming a kind of Christ for the simpleminded.

Martin Scorsese has since softened his opinion on Marvel superhero movies to appease zealous fans and their sacred idols. Maybe God isn’t dead after all.