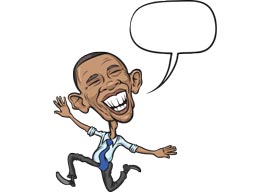 Let this be a lesson for anyone trying to find something remotely redeeming in politics.

President Obama’s recent State of the Union address began like many speeches: with an anecdotal story. In recounting the hardships of mother Rebekah Erler, Obama gave the nation a narrative of how government can help a normal middle-class family. Erler had gone through what many ordinary parents faced after the 2008 financial crisis: loss of a housing industry-dependent job and the rising day-to-day costs of raising a family. She was invited to the SOTU, and as she sat next to the First Lady, her story begged for empathy. Camera shots of her grateful visage complemented the orator-in-chief.

It was nice except for one crucial detail: Erler is a former field organizer for the Democrats. This wasn”t the touching story of an average American sharing her trials with the country; it was a political stunt used to help the party of government dependency.

The Republican response to the otherwise tepid lecture showed the same promise at first. Delivered by Iowa’s newly-minted Senator Joni Ernst, the onetime pig-castrator regaled listeners with an engrossing story about growing up on a farm and working fast food in high school. She even admitted to wearing bread bags around her only pair of good shoes on rainy days. Unfortunately the hokey story didn”t last; the narrative soon collapsed into standard, red-meat talking points. Republican tropes about jobs and economic growth overwhelmed Ernst’s speech and drained it of its original, rustic flavor.

“If anything is to have value, it must be shown to have utility. And science has to be used to back up your claim, lest it be seen as fundamentalist raving.”

It was a shame. But playing it safe is typical for politicians. The question is: why was Ernst’s brief story so compelling? When polled by PolitiFact, many Iowans admitted to strapping bread bags around their shoes to protect them from bad weather. So Ernst’s anecdote had more than a grain of truth to it. But facts aside, there was something wholesome, even vivid, about the description of her childhood. It demanded attention.

What is it about stories that grab our moral imagination? Any metaphysical philosopher will tell you that stories can teach virtue and courage. Narratives also provide a shared sense of humanity that can stretch across peoples and times”a chain that connects us to the ordeals of the past, and shows how man deals with hurdles in everyday life.

But in our progressive age, reason is no longer proof enough for anything. There must be empirical evidence. If anything is to have value, it must be shown to have utility. And science has to be used to back up your claim, lest it be seen as fundamentalist raving.

Luckily, a 2010 study confirmed what we already know: that stories have the gift of changing worldviews. Aeon Magazine described Princeton psychologist Uri Hasson’s research: he had a graduate student tell a story, which he recorded while scanning her brain activity with an fMRI; then he replayed the story to 11 volunteer listeners and scanned their brains as well. The results were predictable: as stories were read, parts of the brain involved in moral reasoning, empathy, and theory of mind lit up in both the reader and listeners. A similar study at the University of Southern California uncovered the same results; as participants listened to harrowing stories, their emotions fell in line with the narrative ups and downs.

But these discoveries aren”t new; when it comes to humanistic affairs, science is always lagging behind. Much of our wisdom about love, justice, and bravery is intuitive”a law written into our species. Stories are a device for freeing a talent we already possess.