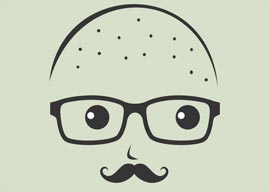 Feminists were outraged that a socially unsanctioned group such as nerds was attempting to horn in on their privilege of victimization. But Aaronson’s lament about his tortured youth struck a chord with nerd activists. Scott Alexander, a young psychiatrist, offered a 10,000-word vindication of Aaronson on his Slate Star Codex blog. (It’s hard to outwork nerds.)

The emergence of nerds as a self-aware group is one of the least predicted social phenomena of my lifetime.

For example, who would have expected 50 years ago that the dominant French literary figure of the early 21st century would be Michel Houellebecq, a former computer administrator who writes sci-fi novels about how guys like him just can”t win at amour? In Houellebecq’s new novel, Submission, in order to stop rightist Marine Le Pen from winning the 2022 election, the French establishment throws the presidency to an Islamist candidate. The French then find conversion to Islam a relief from all that rat race of romance celebrated by ProvenÃ§al troubadors 800 years ago.

How far back nerds go in history is uncertain. Are there any nerd characters in Shakespeare’s plays? Neal Stephenson attempted with some plausibility to project his kind of WASP nerdishness upon the age of Newton in his Baroque Cycle series, but the concept seems to have escaped the great minds of the time.

Still, it’s not at all certain whether nobody noticed nerds before the second half of the 20th century because we didn”t have a word for the category, as the Sapir-Whorf theory would suggest. Or perhaps, as Michel Foucault might have argued, nerds were socially constructed (or, more realistically, self-constructed).

Personally, I don”t recall knowing anybody I could now call a nerd until high school in about 1973 when I met a memorably ornery nerd who drove our history teacher crazy by writing the dates in his term papers in base 8 (e.g., “The Declaration of Independence was signed in 3360″). He had a difficult time socially in high school, was accepted by Caltech, and immediately flunked out.

In 1974 a freshman arrived at my high school with a more workable version of the now-classic nerd personality. As the son of a famous science fiction writer, he was confident that technology was moving in a direction suited to guys like him. I gave him a fair amount of publicity in the school newspaper I edited. Nerds were unusual back then and made good copy, plus his “tomorrow belongs to me” logic made a certain amount of sense.

Clearly, computerization hastened the emergence of nerds. But my impression from late 1970s new-wave rock is that the nerd trend was also a covert white pride movement after the long domination of American music by black cool.

The aesthetic architect of the new era, Johnny Ramone, called his music “pure, white rock “n” roll, with no blues influence.” A few years later nerd wave bands emerged, such as Talking Heads”a provocatively unsexy white funk band fronted by the geekiest rock star imaginable back then”and Devo, whose “We”re Through Being Cool” struck a chord: a dire song, but a new attitude. If you were a 60s Englishman like Mick Jagger, pretending to be black was cool. But if you were a 70s American, it was silly.