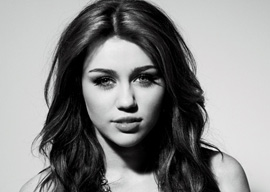 ROYAL PAINS
Princess Caroline of Monaco’s son Pierre Casiraghi ended up in the hospital on Saturday after a bar brawl in Manhattan. The young man and his pals, including Greek shipping heir Stavros Niarchos and French art dealer Vladimir Restoin Roitfeld, were in some sort of altercation possibly relating to some models with one Adam Hock, whom the NYPD has charged with assault. Hock is claiming he was the victim of the disagreement which took place at the Double Seven nightclub, though he did not suffer any injuries. Casiraghi was punched in the face and is said to have flown across the room as a result. Hock says he was acting in self-defense and that his alleged attackers are spoiled trust-fund babies who acted as if the world owed them something. Hock, 47, looks like a tough guy and doesn”t come out well in all this. What kind of a gentleman picks a fight with younger men? Grow up Adam, and hock your story somewhere else. Nobody cares.

Dutch Prince Johan Friso is in a coma after a skiing accident in Austria last weekend. The 43-year-old royal’s future is still uncertain as he remains in an Innsbruck hospital. Doctors say they cannot be sure whether the prince will live or die before the end of the week. Friso was rumored to be skiing off-piste with the wild son of the owner of the Hotel Post near the Austrian resort of Lech. Friso has a wife and two small children.

ROCK BOTTOM
From coast to coast, the brouhaha over Whitney Houston‘s death continues. In California, guests of the Beverly Hilton are demanding refunds for the inconvenience the singer’s death caused them. The hotel’s customers are claiming their stays were noisy and unpleasant. Supposedly they were forced to show their key cards to police and hotel security to gain access to their rooms. Reports claim furious guests were instructed to file complaints online or with the head office rather than the hotel staff. The Beverly Hilton isn”t exactly The Plaza, now is it? What did the customers expect? A famous lady died. Check out and go somewhere else, cheapskate. Meanwhile, Houston’s family reportedly stripped her hotel room of everything that could possibly be sold before the hotel slowly settled back toward sanity.

On the East Coast, Aretha Franklin failed to show at the funeral because she was preparing for an evening concert, but Kevin Costner, who delivered a poignant eulogy, topped a long list of celebrities who attended the service. Houston’s ex-husband Bobby Brown arrived at the funeral with an entourage of nine but left early when security guards had trouble seating his party and asked him to move. Bobbi Kristina, the couple’s teenage daughter, mourned the loss of her mother amid reports she disappeared after the service to get high. As they say, the crack rock doesn”t fall far from the pipe.