Should CPAC Pack it up and Go Home? 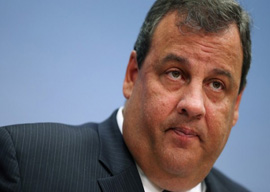 Even though many conservatives don’t want to admit it, a majority in this country now favors same-sex marriage. And for a moment, LGBT conservatives had their day in the CPAC spotlight. Some apparently thought they had reached a turning point. No longer would non-heterosexual conservatives be shoved into the closet!

This year, GOProud isn’t even allowed into the closet.

But while pundits bicker over trivial matters, the country is facing far more dire problems. Despite the Great Recession having supposedly bottomed out in 2009, most Americans remain less than optimistic about the economy.

I have no idea what the Obama-era conservative movement is supposed to represent. Right now, it seems fractured between social rightists and libertarians, with pro-fair-trade traditionalists cast out into the wilderness. Are sociopolitical realists such as myself welcome? What about those who hold fiscally leftish and socially rightish views, and vice-versa?

If the CPAC crowd can’t provide a clear set of answers, they might as well unplug the microphones, dim the lights, and go home.

In 1960, Barry Goldwater famously urged conservatives to “grow up.” The conservative/libertarian movement delivered him the Republican nomination four years later. The movement’s modern participants should carefully consider his words.

They might not want to do it in a ballroom, though, while hanging on the words of people who have been paid to tell them what they want to hear.