Slapstick in the Indie Press 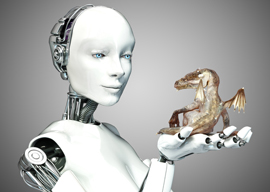 For novelists who aren”t already famous, self-publishing looks better all the time. Mainstream houses” gatekeeping may be corrupt, but the antics of some small presses are a genre of black humor unto themselves.

For instance, imagine you”re Jack Hanson, a rookie science fiction writer and veteran of Iraq and Afghanistan (whose tender regard toward humanity reminds me of Harlan Ellison). Your publisher, the midsize indie Permuted Press, has been sitting on the rights to your first trilogy since June 2013. It’s now October 9, 2014, and in five days the first book, Cry Havoc, is finally due for release. But today you get a surprise mass email from the publisher.

Over the past year Permuted has been trying to force an expansion by pumping out more books than they can handle. So they”ve decided to change their business model overnight”by no longer publishing books.

From here on out, most releases will be on Kindle only”including the ones that were slated for this week, and disregarding all previous agreements. Paperback printing uses too many resources, you see.

Before print-on-demand (POD) books became widely used, this might not have sounded like a complete crock. Publishers used to take a mighty gamble when they fronted the cost of printing.

“He figured that if his female characters weren”t physics-defying war animals, the book “wasn”t going to get past the crop of gatekeepers raised on Buffy and tuffgrrrl clichÃ©s.””

But Permuted produces only PODs, using Amazon’s bargain-basement Createspace platform. Createspace’s only up-front charge is $10 if you want a custom ISBN. Add maybe eight hours” labor to format the files; then Createspace prints books as they”re ordered, takes their cut of the purchase price, and even mails them out to customers for you.

Under the new regime, the only way for a Permuted author to “earn” such a grand investment from the company is in the unlikely event that his e-book becomes a best seller first. But Permuted reserves all rights, even for versions they don”t intend to put out, preventing authors from printing their books elsewhere.

So the only real option Hanson had for getting Cry Havoc and its sequels onto paper was to buy out his contract”to the tune of $1100.

The managing editor sent him an itemized bill (which Hanson forwarded to me) covering their production costs for the first two books of the series. He owed $300 per book for cover design, $250 each for editing.

Hanson hit the roof: he hadn”t wanted or liked the second cover, and the editing job was terrible. As a first-time author with imperfect writing mechanics, if he was going to pay for someone to make him look good, he had better look good. But Permuted’s copy editors almost seem to delight in letting authors look foolish, leaving it’s spelled its” and failing to correct run-on sentences that could have been fixed with one semicolon. (Hanson is hardly the first Permuted writer who’s run into this problem.)

Strangely, there was no reason to charge him for the hack editing job if they wanted that particular sum”because $500 is exactly what Permuted had paid Hanson as an advance on the book. (Which he says he’s already spent on a pistol.) No one would have thought it unreasonable to ask for the advance back, but they seemed bent on antagonizing writers by couching things in the sketchiest terms possible.

They do try to sound sane for the benefit of outsiders: I wrote to the same managing editor. She told me they had asked for a return of the advance and nothing else”apparently assuming Hanson wouldn”t show me the bill he paid. Hanson says they never told him the $500 was an advance return; they didn”t start singing the sanity tune to the press till his check was on its way to them. Some online accounts claim Permuted has now backtracked, but Hanson said he settled quickly because he wanted them out of his hair and his book in print, ASAP and at any cost.

Finally, this week, after Hanson performed the absurdly easy task of setting up the POD himself, Cry Havoc became a paperback, with a Kindle version on its way. Although the bad editing can jar at times, the basic writing is spirited and well constructed (which is why the edit is so maddening).

At this point in the history of sci-fi, it takes some nerve to write a fairly straightforward universe, full of sentient alien species, warring federations, secret military organizations, and battles with giant monsters. But Hanson cranks the old machinery of reality creation onto its feet with the help of carefully concealed, clever plot twists and a touch of wry satire.

This is no blissfully imperialist, Star Trek: The Next Generation vision of intergalactic multiculturalism. Aliens act alien, genetically reconstituted sentient dinosaurs only act civilized when they”re around humans, and a race called the Illurians uses a special corps called the “Thought Police,” whose MO is to project suicidal thoughts into your head.