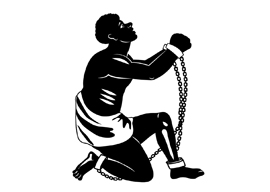 As a father of two impressionable teenage girls, I am having a tough and at times frustrating time trying to undo the damage done at school in the course of their history studies, where they seem to be learning little about European civilization other than that we “palefaces” should be remembered primarily as the masters of the slave trade and as avaricious colonialists who enjoyed being beastly brutes making life miserable for Africans. And of course here in South Africa there is little more they need to know beyond apartheid, which must be viewed as nothing less than one of the worst crimes against humanity in recorded history; and all people of European ancestry must somehow share the guilt, including them, the children. Lots of big talk about stamping out child abuse, but our progeny are victims of a pernicious form of mental cruelty aimed at inculcating a completely undeserved sense of shame. Many start out life feeling awful about their provenance, struggling with their self-esteem and lacking confidence.

Not a whisper about the fact that the government run by the Afrikaner Nationalists was so bloody terrible they had to build an expensive fence around much of the border to stop the flood of illegal migrants from the north who desperately wanted to join the “suffering” masses. The architects of “separate development,” damn them, were of the view that cultures and races inevitably collide; thank heaven we have Sweden, where the Muslim immigrants are blending in so beautifully, as a shining, modern-day example, to show us how wrong those miserable bastards were.

On the subject of slavery, very few children today are reminded that the process to abolish the Atlantic slave trade began over 200 years ago and was done primarily thanks to the intrepid mariners of the Royal Navy, who set about the arduous and dangerous task of enforcing legislation passed in the British Parliament. The West Africa Squadron, which was established for this single purpose, was not a popular posting because it brought with it enormous risks, not least of which was death from tropical diseases. But officers and men pursued the task with almost evangelical zeal and eventually prevailed.

“If the demand were to be there, I have little doubt Africa would soon be bereft of people.”

Little or no mention in the history lessons of William Wilberforce, who was a primary player in the campaign to abolish slavery. He devoted his life to a cause that cost him his friendships and his health. Not a single African country, to my knowledge, acknowledges him, nor is there any memorial to him.

They are also not told that the Arabs (Muslims) were enslaving Africans long before the Europeans arrived, and that they continue to enslave Africans today. And as slaves their conditions were immeasurably harsher than those that prevailed in North America. Nothing in the textbooks about the fact that only a small percentage of the people forcibly removed from Africa ended up in what is today the USA, and that the Africans who came to America as slaves were the lucky ones who escaped the poverty, utter lawlessness, and endemic tribal wars in their homeland to be introduced to the most advanced civilization in history.

They are not told that a form of indentured labor that would be classified as slavery in any European country is widely prevalent in South Asia, especially in India, to this day. They are also not told that virtually every dominant society in history has at one time or another compelled people to work under conditions of slavery.

Also, nothing taught about the fact that in the 17th and 18th centuries, hundreds of thousands of Europeans were shipped to America against their will and into forced labor. Waifs and strays were swept off the streets of London and shipped to the tobacco fields of the Carolinas. White convicts were paraded for sale like cattle, and prostitutes were dragged from their brothels and shipped west against their will. Hundreds of thousands of Irishmen and -women were sold by decree to labor in the fields of America.

No mention of the fact that through the 17th century, over a million European slaves were abducted by Barbary pirates in raids on ships and coastal towns from Italy to the Netherlands and as far north as Iceland. In his book Economic Facts and Fallacies, Thomas Sowell (who is black) reports from references in the Library of Congress that more people were carried into slavery from Europe into North Africa than from Africa to North America.

Of course, when the cry for reparations goes out, there is no mention of the Arabs or anybody else who’s ever abused anyone owing anything; it’s only the “usual suspects” who must cough, because that’s just the way the modern world operates.

Naturally, little mention of the fact that there would have been no slave trade at all had it not been for the enthusiastic and ruthless support of African tribal chieftains who ensured a continuous supply of human merchandise was available to be loaded onto the waiting ships. Even some hardened white slavers were shaken by the brutality and savagery displayed by the Africans against one another in the competition to fill their vessels with live cargo. It should go without saying that if Africans had shown the same savage aggression in driving the slavers away, there may have been no trade at all. But the contrary was the norm; the ships were invariably welcomed.