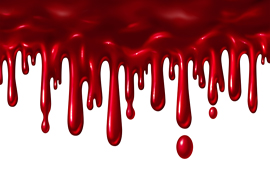 They call us violent and lump in the likes of Dylann Roof, Adam Lanza, and Jeremy Christian, when we are confronted with their violence every day. I”m not just talking about unhinged loonies like James Hodgkinson. I”m talking about professors who encourage murder, antifa who try to carry it out, politicians who demand police not intervene, and God knows what other sinister invocations are coming from powerful sociopaths such as George Soros and Hillary Clinton. This doesn”t even include the Islamic terrorists the left has chosen as their murderous bedfellows. They want us dead too!

Free speech is an innate American right. I don”t want to live in a country where it’s illegal to mock the president. This wasn”t that. The Julius Caesar production was a bunch of sore losers watching a sadistic blood ritual and reveling in the idea of right-wingers getting killed“and it’s leading to real violence. We didn”t storm the stage to censor them. We stormed the stage to call them on their bullshit and make it clear: We”re mad as hell and we”re not going to take it anymore.