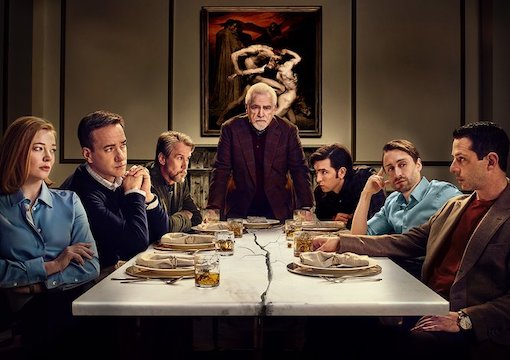 It has stepped into the pop culture spotlight via the HBO hit Succession, a hit job on the very rich and powerful produced by the very rich and much more powerful Adam McKay (The Big Short). McKay started off by doing a lot of cheesy comedies, made a large fortune, and then went after Wall Street types. Nothing wrong with that, films are supposed to go after the rich and powerful, and always have, but it’s the coverage of a TV series of a fictional family by the media that is slanted and totally false.

The media hints that mogul and patriarch Logan Roy is based on Rupert Murdoch, and that Roy’s dysfunctional family is that of Rupert’s. In reality the Roy bunch are freaks, drug addicts, and incapable of getting anything right. Unfortunately as far as envious hacks are concerned, the Murdoch brood is the direct opposite: attractive, active, and successful in their jobs and as far removed from the fictional Roys as it’s possible to be. Still, envious lefty hacks persist in hinting the freaks are based on the Aussie clan. Go figure, as they used to say in American Samoa.

“Everything is a cliché on the series. Having said that, I plan to watch every episode.”

Basically, the Succession characters are cartoons, so when Sarah Snook (who plays the daughter) tells a hack that she now appreciates her far humbler background more keenly, it sounds like a PR agent has been coaching her a bit too much. Everything is a cliché on the series—the plot, the characters, and the actors off stage grumbling about their humble births. Having said that, I plan to watch every episode because it’s like reading a Mickey Spillane novel when in boarding school. Unputdownable. The swaggering villainy of the superrich gets everyone’s blood pressure reaching for the sky, except that in real life, the real superrich don’t swagger, don’t show off, and are as likely to resemble the freaks of the Roy clan as I am to transition to a woman.

Mind you, I understand that a TV series that shows poor people behaving as badly as the Roy clan will not exactly have sponsors elbowing each other to be first in line. Skewering the rich and powerful is safe as well as popular with the masses. There is a very simple explanation to this phenomenon, and it’s the following: Most people would like to be rich, hence watching people richer than themselves behaving badly makes them feel much better. I suppose it is human nature, nothing more serious than that.

Oh yes, there’s another thing too that I almost forgot. I know some extremely rich people who do nothing but help the less fortunate, contribute nonstop to charities, and have families that are as healthy and well-rounded as it is possible to be. I mention their names once in a while in this column, and between you and me they don’t like it, but never complain. But would a TV series based on the George Livanos family be successful? Or the Peter Livanos clan? The sons-in-law of the former are not only as rich and as successful under their own steam, they are as nice as the patriarch and as charitable. What about the Wafic Said family, or the Anthony Bamford one? Too nice and too good in real life to be TV material, so let’s invent reel life. You won’t find any of their names in the Pandora Papers because these friends of mine operate in the open.

And speaking of operating in the open, why has this Maktoum character been allowed to kidnap and harass people in the U.K. just because he owns racehorses and has been photographed next to the Queen? I’ll tell you why, because the Brits will bend over for any bully whose moola was not exactly earned legitimately. Maktoum should be banned from Britain until his daughters are released and sixth wife apologized to. She is the daughter of King Hussein, not some tart, an educated woman who has also represented Jordan in equestrian events in the Olympics. The only mistake she ever made was to marry the ogre, who plays fast and loose with our laws and kidnaps women. Now, there’s a TV soap that would sell. The patriarch is as ugly-looking as a soap villain could be. The country makes Monaco seem like Switzerland, and the ruling family is as unattractive and disjointed as the fictional Roy brood, except that it has diplomatic immunity to kidnap and kill whomever it wishes. British royals genuflect in their presence, and Brit aristocrats stand with their palms turned upward whenever the patriarch shows up. Instead of Succession the soap would be called Possession. The reason it won’t happen is because hacks like Armstrong feel safer with fictional baddies. I would too.