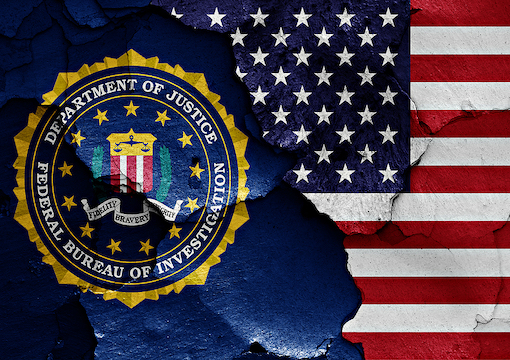 The term “anarcho-tyranny” was coined by the late great Sam Francis to mean a condition in which the state tyrannically regulates the lives of the citizens but refuses to enforce fundamental protective law. When Francis was alive, gun control was often used as an example. The state harassed citizens over their ownership of firearms but did nothing to protect them from violent criminals.

A modern example is something people experience every day. Drive around any city and you will notice the streets are festooned with cameras. This is true in the surrounding suburbs. These cameras primarily function as a revenue enhancement for state and local government. You cannot drive anywhere without the prospect of being fined for some trivial violation of the law. This is the tyranny Francis described.

On the other hand, if your car is stolen or vandalized, the police cannot be bothered to look for the car or the people vandalizing it. You have to go to the station to file a report, but that is for insurance reasons. You know the cops will do nothing. If they stumble upon your stolen car, they may tell you about it, but maybe not. Most likely you get a letter telling you it is at a tow yard. That is the anarchy half of anarcho-tyranny.

“It is not unreasonable to say that the FBI was an entrapment machine for the decade after 9/11.”

No institution in the modern age better represents the very soul of anarcho-tyranny than the Federal Bureau of Investigation. In theory, this is the nation’s chief law enforcement organization, tasked with protecting the country against well-organized internal threats like organized crime, white-collar crime, and municipal corruption. This type of crime often spans state borders, allowing it to elude local law enforcement.

It was also tasked with handling foreign threats like terrorism and espionage. Part of the original justification for the new federal police force was the need to address communists and anarchists, many of whom were sponsored by foreign actors. This evolved quickly into the domestic front of the global war against communism. In the Cold War, it was the FBI hunting communists inside the country.

That is the theory, and maybe for a while the FBI managed to do some of the things in its portfolio, but present reality is something different. As we saw in the Trump years, the FBI is a hyper-politicized organization that does little crime fighting. The people it arrests are more often than not victims of entrapment schemes. This was something else that was made clear during the FBI’s seditious plotting during the 2016 campaign.

It is not unreasonable to say that the main role of the FBI is to create entrapment schemes in order to snare the gullible and stupid. This is a recent example of how the FBI brought down some “white nationalists.” In reality they created the entire plot and then talked some slack-jawed yokels into going along with it. The idiots entrapped in this case went from being local losers to domestic terrorists, because setting up a group of idiots is easier than solving real crimes.

This is not a recent phenomenon or even all that unusual. Here is a story about how the FBI talked a suicidal pizza delivery man into believing he was joining an Islamic terror group. Further back, the FBI recruited members of an Occupy Wall Street camp in Cleveland into a plot to blow up a bridge. The primary conspirator was an FBI informant, and his partners were FBI agents posing as explosives dealers.

The pattern over the past twenty years is obvious. Having ignored all of the warnings about the 9/11 plot, the FBI spent the following decade entrapping and framing people with names like Sami Osmakac as Islamic terrorists. This made the political class happy, and it made the Bureau look good to a gullible public. It is not unreasonable to say that the FBI was an entrapment machine for the decade after 9/11.

Now they have shifted gears to targeting and framing “white supremacists” because the politicians are shrieking about that now. Even though the targets are different, the same basic scheme is used. They hatch a plot to commit some outlandish crime and then fish around online until they find some suckers. Once an informant can get them to agree to the plot, the FBI swoops in “just in the nick of time” to foil the plot.

Those with longer memories or a greater sense of history will note that the FBI was doing this stuff in the 1960s and 1970s. The Counter Intelligence Program (COINTELPRO) was an FBI program to infiltrate political groups and encourage them to commit crimes or take positions that could be used by a complaint media against these groups. Then as now, the primary role of the FBI was to invent criminal conspiracies that they could solve to great fanfare.

It is not always about politics with the FBI. In 1965 the FBI framed four men for the murder of Teddy Deegan in Chelsea, Mass. Deegan was a local hood killed by local gangsters. The FBI framed Louis Greco, Henry Tameleo, Ronald Cassesso, and Peter Limone for the murder by having Mafia hitman Joe Barbosa, whose nickname was “The Animal,” testify against them at trial. Two of the framed men died in prison, while two were eventually released.

Why did the FBI frame these men? As the great Boston columnist Howie Carr noted after the truth was revealed, the FBI just liked being criminals more than they liked doing their job. The FBI agents involved in this case and many others involving the Boston Mafia felt a closer bond to sadistic killers than to the people they had sworn an oath to defend. Also note that the Deegan case went all the way to the top.

This was not an isolated example of the FBI working hand in glove with organized crime on a caper. During the civil rights unrest, the FBI hired Mafia heavy Greg Scarpa, whose nickname was “The Grim Reaper,” to torture suspects in the case of missing civil rights protestors. Greg Scarpa killed close to 100 people while he was on the FBI payroll as an informant.

As Howie Carr noted about the Deegan case, it was not just that four men were framed for a crime they did not commit. The real killer was allowed to walk free and kill many more people as a result of the FBI framing innocent men. This is the bloodiest manifestation of anarcho-tyranny. The state frames people for the murder of others, so the real killers can prey upon the public.

This is something Sam Francis could not foresee. The paleo-con view of anarcho-tyranny was more passive. The state would harass people over petty things, while refusing to enforce the criminal laws. The FBI shows that the end point is something more sinister. The logical end of the managerial state is mobs of state-sponsored terrorists like Antifa and BLM rampaging through the streets, while the FBI systematically frames their targets for crimes they never would commit.