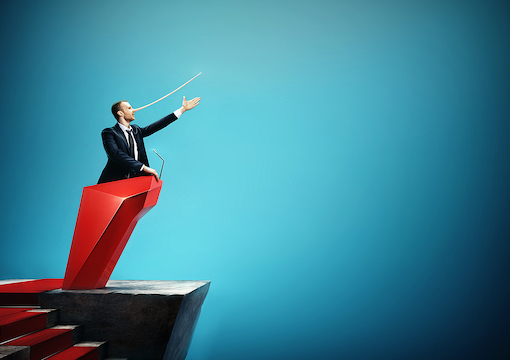 In a world of lies the only thing you can rely upon with regards to public discourse is that whatever you are being told is false. The exact nature of the lie and the motivation behind it are never easy to discern, but you can trust that whatever the authorities are saying is not factually accurate. This has turned every dissident into a modern-day Kremlinologist, examining the regime for clues about what is happening.

For example, Republicans and Conservative Inc. have suddenly gotten religion on the vaccination stuff. A few weeks ago, they were focused on the personal-liberty aspect of the vaccination campaign. People should be free to decide if they want to take experimental medicines for a disease with a 98% survival rate. Conservative Inc. was against Covid passports and vaccine mandates.

Suddenly, as if on command, they are on board the vaccine express. Mitch McConnell is now threatening lockdowns unless everyone gets vaccinated. The governor of Alabama wants to blame the unvaccinated for everything. Conservative goofballs like Sean Hannity are also pushing the vaccine. Chris Ruddy of Newsmax is now pro-vaccine, which is odd given that he markets to the aluminum-foil-hat crowd.

“It is hard to know if any of these people believe what they are saying to one another.”

For their part, the people who have been hysterical about Covid for eighteen months are now even more hysterical. The people animating the corpse of Joe Biden say they will mandate bizarre costumes if everyone does not comply. It is good to see that collective punishment is back in vogue. If that is not enough, agents of the state will go door-to-door to make sure you are vaccinated, comrade.

The media is reprinting the old scare stories. We have stories about overrun hospitals and stories about unwitting superspreaders. Florida is especially bad, because Trump lives there and Covid really hates Trump. Of course, this new campaign would not be complete without a public testimonial from a hysterical female. Chubby nurses doing TikTok videos cannot be far behind.

This coincides with some new language. The new buzz phrase is “breakthrough cases,” and the press is pushing it hard. The meme they are pushing is this: The courageous warriors fighting Covid managed through a long struggle to put up a vaccine wall against the virus. Not everyone did their part. Those deniers with their conspiracy theories about Covid refused to be vaccinated. The Covid exploited these holes in the vaccine wall, and it is now “breaking through” to threaten our democracy.

It is this new bit of language that gives regimeologists a clue as to what is going on behind the walls. For six months they have been preaching the good news about the vaccine, but they made the mistake of trusting the drug makers. It is looking like the miracle vaccine is not what the brochure promised. Lots of Americans who have been vaccinated are turning up in hospitals with Covid.

We are seeing something similar happening around the world. The U.K. has reported that between 40% and 60% of Covid patients in hospital have been vaccinated. Israel is the most vaccinated country, and they report that the Pfizer vaccine is below 40% effective against the new variants. Pfizer executives may want to hire people to start their cars in the morning. They may be getting the Jeffrey Epstein treatment.

This is a huge problem for the regime. They sold Covid as an extinction-level event for the last year. The vaccine was deliberately delayed until after the election in order to harm Trump. Then they rolled it out as a miracle. Now that people are noticing that it may not be what they claimed, the regime has to conjure new lies to address the old lies. It appears the plan is to blame the unvaccinated for the new outbreaks.

Again, in a world of lies, we are left to guess about these things. It is hard to know if any of these people believe what they are saying to one another. The sociopath the Biden administration has for a press secretary says so many insane things in her press briefings, you half expect someone to throw a net over her. All we can know for sure is it is all lies, and they are trying to cover for some other lies.

None of this would have happened if the regime had simply been honest about what should have been a minor public health emergency. Covid is a real thing, and it can be very serious for the very old and the very sick. For everyone else it is just another coronavirus running around to make you sick for a few days. Several coronaviruses that cause flu-like symptoms have been around for over a century.

Of course, a ruling class that is willing to be honest with the people over whom it rules is one that has a sense of duty to itself and to those over whom it rules. The American regime despises and distrusts the people. Who they are is defined by their hatred and distrust of the rest of us. Their lying is a positional good, something that gets them status within the hive mind of the ruling class.

H.L. Mencken famously said that “Democracy is the theory that the common people know what they want and deserve to get it good and hard.” This seems to be the operating ethos of the ruling class. They look around at common people asking sensible questions, like why are vaccinated people getting the disease? The response is a promise to give them the answer good and hard.

Defenders of the status quo are fond of repeating Joseph de Maistre’s quip that every nation gets the government it deserves. The implication is that the common people could do something about the regime through the ballot box. The truth is—the eternal truth, in fact, is—a people get the ruling class they deserve. In time, they begin to think they deserve better. They finally get tired of all the lying.