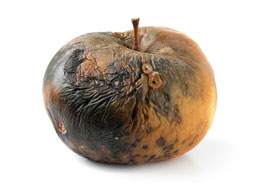 When you put it in chart form it looks like a maze. James O’Keefe went to a teacher’s conference and caught them saying, “It’s really hard”like you seriously have to be in the hallway fucking somebody.” Another teacher talked about a coworker who had screamed “nigger” at a child and only got demoted. Matt Damon describes their salary as “shitty,” but when Reason magazine confronted him, he seemed perplexed by the idea of tenure. A teacher standing next to him said it’s a myth, and that was enough to end the debate. This is how America talks about teachers.

They assume bad test scores come from a lack of funds, but on top of the $30 per hour that teachers make, we’ve been hurling money at the problem for the better part of half a century. Test scores haven’t changed. Bill de Blasio’s wife says racism is the issue, but New York spends $20 billion yearly trying to make inner-city schools smarter. It ain’t happenin’. Yes, America scores badly for a Western country, but when you adjust for race, white kids are doing pretty well. The beauty of a free market solution, however, is you don’t have to get into all that. If you do well, you pass. If you do badly, drop out and go learn a trade. It’s the same with teachers. If you fail, you’re fired. If your students thrive, so do you.

When I talk to teachers about this, they say things such as, “The whole system needs a reboot” and insist that free-market solutions are “naÃ¯ve.” One told me the problem is that American schools “reject science,” which I assume was some kind of a stab at creationists and “climate assholes.” I’d be thrilled if my kids were brainwashed by literate evolutionists and global-warming scientists. Most NY public-school teachers couldn’t hold a candle to retarded pundits such as Bill Maher and Keith Olbermann. Inviting the invisible hand of capitalism isn’t a simple solution. It’s incredibly complex. That’s the beauty of the market. It seeps into all the nooks and crannies, weeding out things that don’t work. Administrators can type out what parents should and should not accept, or parents can just not accept it in real time.

Private schools aren’t an option for most New Yorkers, but privatization in general is still possible. Charter schools are thriving here, and voucher programs are a brilliant way to provide choices for the poor. Let’s start with introducing the concept of job insecurity. We are spending $22 million putting bad teachers in “rubber rooms” where they await sentencing for an indefinite period. I don’t want to send my kids to an institution where failure is rewarded.

They’re only kids for a few years, and we’re running out of time. I don’t want to be a public-school refugee. I tend to agree with this incredibly obnoxious parent who claimed that “bad people send their kids to private school.” Refugees should have to stay and fix their country the way America did when the British were oppressing them, but NY public schools are reaching Zimbabwe levels of corruption. You can stay and try to assassinate Mugabe, but your kid’s education may end up looking like a slain Rhodesian farmer.